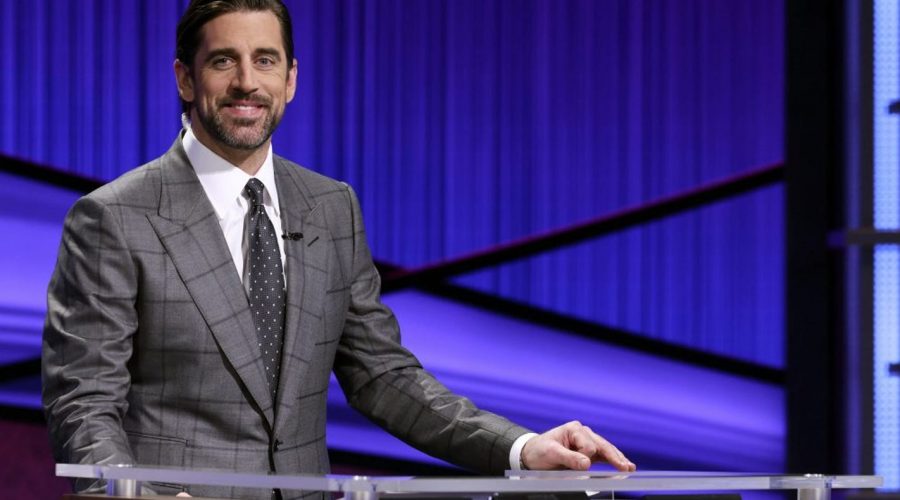 If you’re a fan of the legendary game show Jeopardy! then you might have noticed over the past week or so that Aaron Rodgers has had a tremendous run as a guest host.

It started last week when a contestant roasted the Packers in his Final Jeopardy answer, which Rodgers handled perfectly and hilariously.

Then last night the NFL MVP had some more great responses when all three contestants failed to get a question about the Packers correct.

It’s been a perfect run for Rodgers, who has long had a deep love for the show. And you know how his second and final week as guest host should end? With Jeopardy announcing that he will be the full-time host whenever he gives up football or whenever he wants the job.

The show’s executive producer, Mike Richards, is likely down for that happening. He told NBC Sports in a recent interview: “What I find fascinating about Aaron is his second career could be better than his first,”

Then Rodgers told USA Today that he would love to take the job, too:

“Hell yeah, I would,” Rodgers told USA TODAY in an interview when asked if he would take on the permanent job. “Look, it’s my second-brain job. I love the show and have a deep, deep affection for it. Not only is it a nostalgic connection to my childhood, but it’s a really special show to me and I had a great time with everybody that works there.”

So what are we waiting for here? Make Rodgers the host and make the announcement this week.

This would be a perfect post-NFL gig for Rodgers. According to the show’s website, during the late, great Alex Trebek’s time as the host they shot a week’s worth of shows in one day and had a total of 46 days of shooting all year.

That would be a piece of cake for Rodgers and a nice way to stay active and relevant during his post NFL days.

It would probably be too hard for him to do that job, though, while he’s still playing football and he obviously has a lot of football left in him. But maybe during the offseason he could go in and tape a bunch of shows and then take over fully once he retires from football.

It all seems like a very easy thing to make happen. Which is my only real concern because we know how those things can go.

The show has had some guest hosts before Rodgers (Dr. Oz stuunnnnnk at it) and has a number of big-name guest hosts to follow the QB’s stint.

But hopefully some day soon Rodgers is the face of Jeopardy for years to come. Because he would be great at it.

– Bryan Kalbrosky is back with his latest NBA mock draft, which has updates from what we saw during March Madness.

– Shannon Sharpe explained why he blocked Kevin Durant on Twitter.

– Ronald Acuna Jr. showed off his ridiculous speed again by doing something awesome on the base paths.

– Season 3 of The Sneak, a true crime podcast with a sports twist from USA TODAY and For The Win, premiered last week. In the new season, we investigate the mysterious disappearance of Mario Rossi — a brilliant NASCAR crew chief and engineer who vanished in 1983 — and how it may be connected to a $300 million drug-smuggling ring that infiltrated motor sports. You can listen to The Sneak on Apple Podcasts, Spotify or anywhere you get your podcasts. The first two episodes debuted together, and one episode will be released each week for the next six weeks. If you can’t wait, you can also binge the entire third season, ad free, now on the Wondery Plus app. Click here to learn more about Season 3 of The Sneak.

April 14, 2021 NFL Comments Off on Jeopardy should do the right thing and make Aaron Rodgers the full-time host
NFL News