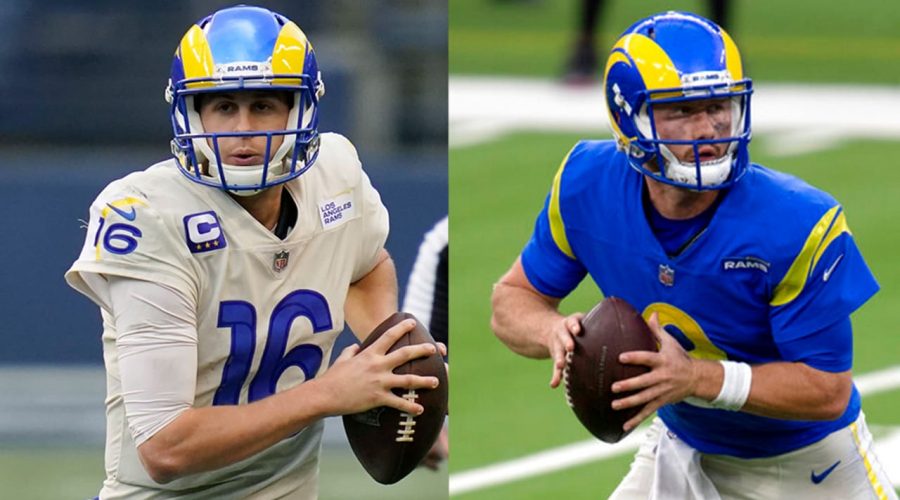 Quarterback Jared Goff will start Saturday for the Los Angeles Rams against the Green Bay Packers.

The news comes as a matter of fact after Rams coach Sean McVay announced Thursday that QB John Wolford has been ruled out for Saturday’s contest.

Blake Bortles will be Goff’s backup Saturday. McVay added that it’s possible undrafted rookie ﻿Bryce Perkins﻿ will be active as the third QB.

Wolford suffered a stinger in the Rams’ Super Wild Card win over the Seattle Seahawks. He hadn’t practiced all week. Despite McVay’s desire to put a decision off until game-time, Wolford’s health made the matter moot.

Goff, who underwent surgery to repair a fractured thumb on his throwing hand, will remain under center. The Rams starter much of the season, Goff missed the season-finale win over Arizona and didn’t start last weekend.

When Wolford when down early in the postseason bout, Goff managed the offense and didn’t make a big mistake. As one would expect from a QB who’d had three pins inserted into his thumb, the ball came out wonky from Goff’s hands several times. He completed 9 of 19 passes for 155 yards and a TD. Still, Goff gutted out the win in a game he could easily have been inactive for last week.

Playing in Green Bay on Saturday, the Rams should lean on Cam Akers and the ground game. If L.A. is in comeback mode early and Goff is forced to throw in the cold, it will be interesting to see how the thumb responds after another week distanced from surgery.

McVay can be a master at managing the game to keep pressure off his quarterback. Playing at Lambeau Field in January against the presumptive MVP, Aaron Rodgers﻿, with a still-banged-up QB could be the young coach’s biggest test yet.

January 14, 2021 NFL Comments Off on Jared Goff to start at QB vs. Packers; John Wolford ruled out
NFL News