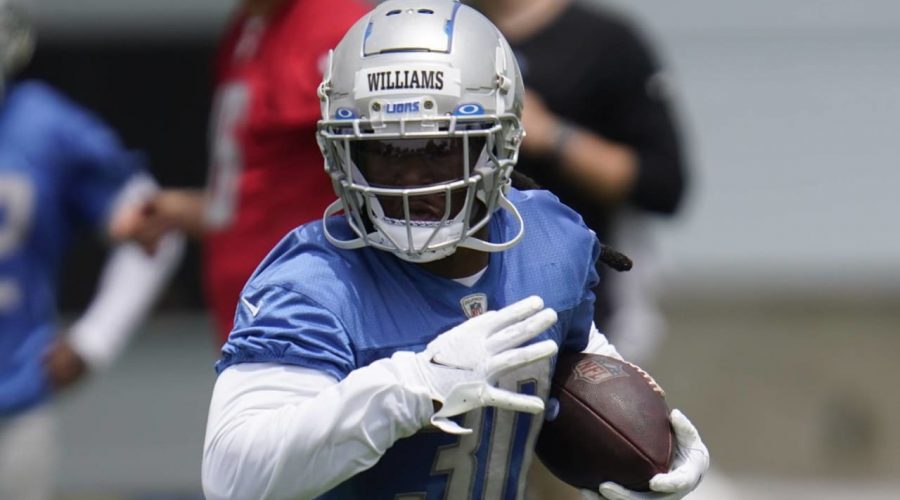 The Detroit Lions are the epitome of a franchise seeking a fresh start in 2021 after an offseason that featured introductions of a new general manager, revamped coaching staff and the relinquishing of a fan-favorite quarterback.

Entering his first year with the Lions, running back Jamaal Williams sees himself as an appropriate fit.

“I see this as just a new beginning, a new time for me to just be able to show my talents and show my abilities and everything I’ve just been working on this whole offseason,” Williams told ESPN’s Eric Woodyard. “I always know that I can always work on something to get better and find something that I can improve or find something new.”

During his four years with the Green Bay Packers, Williams quietly molded himself into a multifaceted back despite playing behind Aaron Jones. A fourth-round pick in 2017, Williams developed a hard-nosed running style fit for the red zone, gained notoriety in passing situations as both a receiver and backfield blocker, and maintained an impressive reputation as a secure ball-carrier with zero fumbles in 500 career carries and 122 receptions.

Williams signed a two-year deal worth up to $7.5 million in March, and did so with the expectation of having a similar No. 2 role alongside second-year RB D'Andre Swift﻿.

“I’m just grateful for the coaches, the GM and everybody for just giving me an opportunity, and that’s all I ever really wanted was just an opportunity to be able to show my abilities,” Williams said. “Now I get to do it in a new offense by being able to get my running backs coach Duce Staley and Anthony Lynn as the OC. It just feels good. Then with the head coach biting kneecaps and stuff. You know what I mean? This is like, ‘uh oh, it’s feeling real youthful in this boy [laughs].'”

The Swift-Williams RB duo hopes to revitalize an inconsistent rushing attack in Detroit that last saw a 1,000-yard rusher in Reggie Bush in 2013. Adrian Peterson, who is no longer with the team, led the Lions with 604 yards rushing last season at 35 years old.

Duce Staley, who enters his first season with the Lions as running backs coach, likes what he sees out of Williams so far and describes the 26-year-old as someone who could also be beneficial to the progression of Swift.

“You start with his leadership — on and off the field — especially in the classroom,” Staley said. “He brings that presence and that leadership that a running back who has played the game brings. When you get out on the field, you look at his work ethic. This guy is out there working, he’s staying after, he’s asking questions, he’s catching balls, he’s going through footwork. It’s a pleasure to have him.”

With the Lions coming off three consecutive last-place finishes in the NFC North, a complete overhaul was necessary. While the addition of Williams didn’t necessarily cause the biggest splash in free agency, the opportunity is there for Williams to become a foundational piece for a franchise and city that looks to turn a new page.

“I feel like with our players and my teammates and everybody, just want to get out of this slump we’ve just got to start new,” Williams said. “Then at the same time, we’ve got to have a new mindset of how we’re gonna do things around here. We’re just gonna be focused and sacrifice for the team. The more you sacrifice for the team, the more the team will flourish. It’s just part of me learning it at the same time. It really just comes with a lot of team chemistry, and that’s what we’re getting on. I’m having fun with it. I love all my teammates. These boys are funny, and at the same time, we’re working hard.”