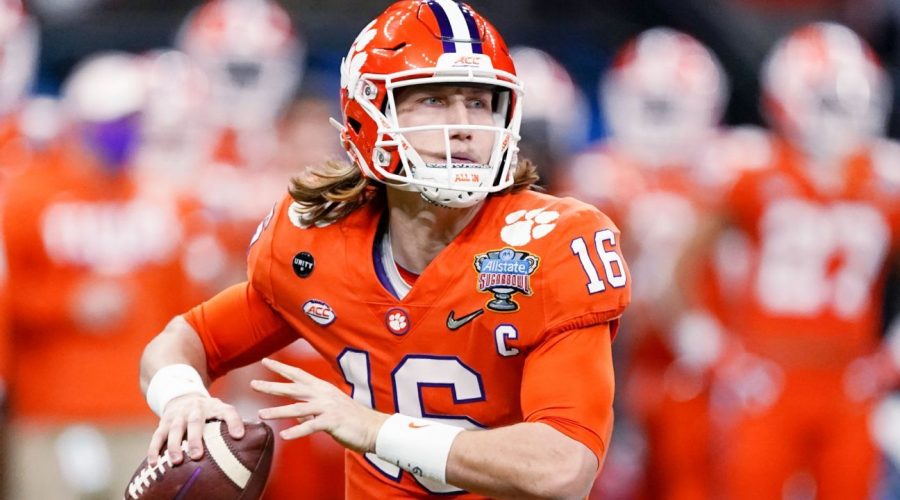 The wait is over. Trevor Lawrence is finally the Jacksonville Jaguars’ quarterback.

The Jaguars selected Lawrence with the No. 1 overall pick in the NFL draft on Thursday night, ending a process that began last December when the New York Jets’ Week 16 upset of the Cleveland Browns gave the top selection to Jacksonville.

Fans, some of whom were gathered for a draft party at TIAA Bank Field, should be excited by the selection of Lawrence, who won a national championship at Clemson and has lost only four games as a starting quarterback since he was a high school freshman.

Lawrence was 34-2 as a starter for the Tigers — the fifth-best winning percentage by a quarterback with at least 30 starts in FBS history. He never lost a regular-season game and threw for 10,098 yards and 90 touchdowns with only 17 interceptions, and he ran for 231 yards and 18 touchdowns.

After measuring up to the massive expectations thrust upon him at each level, Lawrence is now tasked with helping turn around a Jaguars franchise that has lost 10 or more games in nine of the past 10 seasons. Offensively, it has been an awful decade for the Jaguars, who have ranked 30th or worse in the NFL in points scored, yards per game, red zone efficiency, third-down conversion percentage, completion percentage and passer rating over that 10-year stretch.

Owner Shad Khan hired head coach Urban Meyer, who won national championships at Florida and Ohio State, in January to fix the mess. The hope is that the selection of Lawrence, along with Meyer’s hiring, will end the franchise’s prolonged struggles and culminate with the Jaguars’ first Super Bowl appearance.

The Jaguars have been searching for a franchise quarterback since Mark Brunell led the team to a pair of AFC Championship Games in the first five years of the team’s existence. Brunell was Jacksonville’s primary starter through the 2002 season and still is the franchise’s leader in attempts, completions, passing yards and passing touchdowns.

The Jaguars have drafted three previous quarterbacks in the first round: Byron Leftwich (seventh overall in 2003), Blaine Gabbert (No. 10, 2011), and Blake Bortles (No. 3, 2014), the only one of those three to win a playoff game.