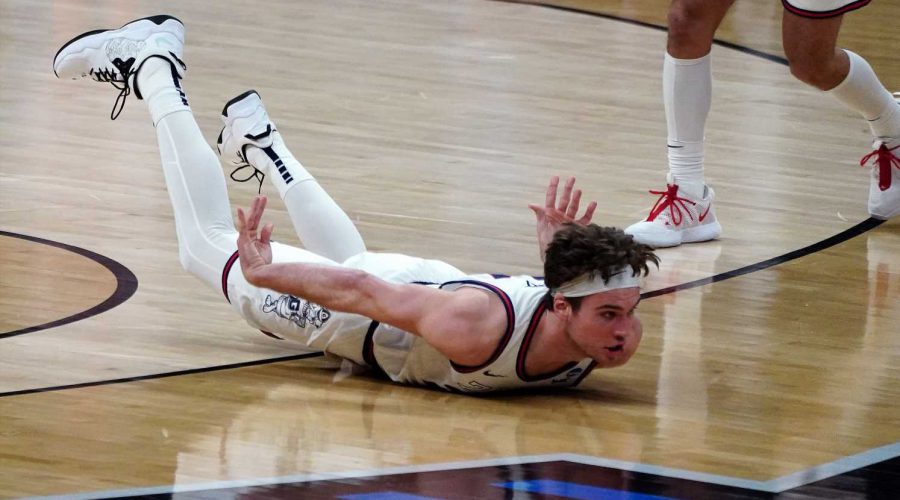 The first two rounds of the men’s NCAA Tournament are in the books and what a wild four days of basketball that just was, huh? Our poor brackets are all likely toast but we’re all on to the Sweet 16 right now.

While there have been a ton of upsets and high seeds making noise, it’s clear that there is one superior team among these final 16 teams. I’m talking, of course, about Gonzaga.

The Zags entered the tournament with a 26-0 record and the top overall seed. While the madness has been everywhere in the tournament, it hasn’t included the Bulldogs, who have rolled in each of their first two games.

On Monday, sophomore forward Drew Timme and his amazing handlebar mustache pummeled a good Oklahoma team 87-71. While other top teams have struggled, Gonzaga has never appeared to be in a bit of trouble so far, which shows just how special this team can be. If you saw Monday’s game then you know exactly what I’m talking about.

Baylor, the No. 1 seed in the South, has been pretty darn solid, too.

The rest of the tournament, however, has been nutty. Michigan is the other No. 1 seed still standing but the Wolverines had to survive a battle with LSU on Monday and are still missing their star forward, Isaiah Livers, who is out indefinitely with a foot injury.

Other Big Ten favorites – Iowa, Illinois, and Ohio State – will all be watching the rest of the tournament from home.

The Pac-12, meanwhile, has been the surprise power conference thus far as it has four teams still alive after USC beat Kansas by 34 points Monday night.

Oral Roberts is just the second-ever No. 15 seed to make it to the Sweet 16.

Loyola Chicago is back looking dominant, thanks to the great Cameron Krutwig.

But yeah, Gonzaga is clearly still the favorite which means they’ll probably lose next Sunday when they face Creighton.

But I don’t think that will happen!

– A Marlins security guard had some fun with a trash can during Alex Bregman’s entire at-bat on Monday.

– Charles Curtis has 10 fantasy baseball sleepers to target in your upcoming drafts.

– Charles also has five NBA teams who should trade for Orlando’s Aaron Gordon.

– This year’s NFL draft will be in Cleveland and with fans. Charles McDonald has everything you need to know about the event.

March 23, 2021 NFL Comments Off on It’s clear that everybody but one team is playing for second in men’s NCAA Tournament
NFL News