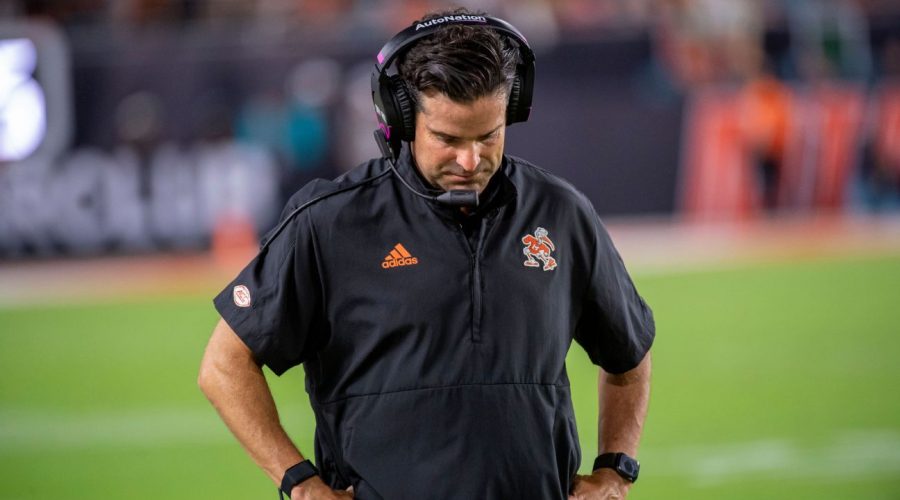 After weeks of speculation, Miami has fired head coach Manny Diaz on Monday after three years on the job.

The decision comes after numerous reports indicated the school was making a significant offer to lure Oregon coach Mario Cristobal back to Miami, where he played and served as an assistant coach under Larry Coker.

Diaz, a Miami native whose father once served as the city’s mayor, was 21-15 in three years as Miami’s coach after a stint as the team’s defensive coordinator under Mark Richt. Diaz briefly left to take the head-coaching job at Temple after the 2018 season, but he was lured back days later when Richt abruptly retired. Diaz’s first team finished 6-7, but he has posted winning records in each of the past two seasons, including a 7-5 mark this year that included a 5-1 finish to the regular season.

“We are grateful to Coach Diaz for his many contributions to our campus community and to his native South Florida, and for the strong leadership and exemplary character he exhibited during his tenure at the University,” Miami president Julio Frenk said in a statement.

Miami fired athletics director Blake James on Nov. 15, an early signal that significant changes were coming, but the school still has not found James’ replacement.

Clemson Tigers athletics director Dan Radakovich met with the school over the weekend and is widely considered the top candidate for the job.

Oregon has offered a contract extension to Cristobal, who led the Ducks to a 35-13 record in parts of five seasons, including a 10-3 mark this year.