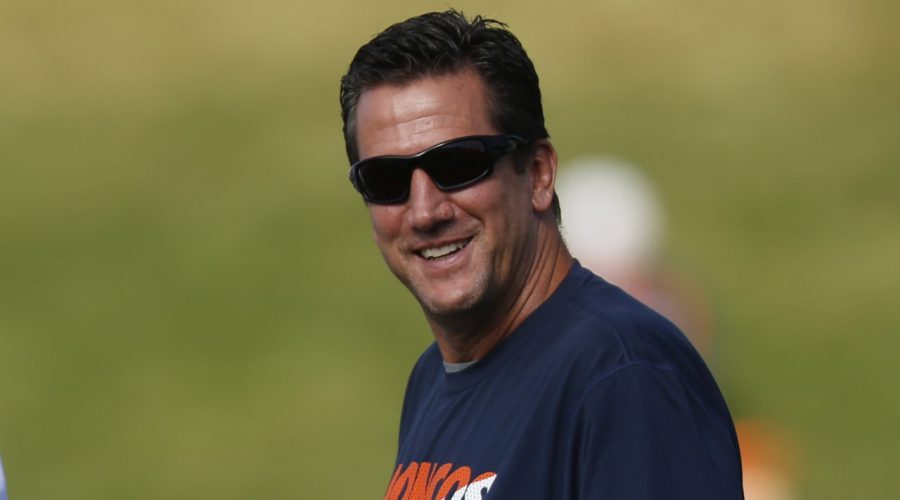 It was like clockwork. Each day in 2005, after then-Falcons head coach Jim Mora finished his media obligations and assistant coaches wrapped up post-practice work with their position groups, Mora would yell, “Knapper!”

Knapper, offensive coordinator Greg Knapp, would find Mora and they would jog to the base of a huge hill at the team’s Flowery Branch facility. They would attack the hill, sometimes fading quickly. Sometimes getting after it like fresh-legged teenagers.

The routine wasn’t just cathartic for the two highly stressed coaches, but it was an outward sign of their friendship. They were tight tight. Friends until the end.

Unfortunately, that end came on Thursday for Greg Knapp. The 58-year-old succumbed to injuries sustained July 17 when a car struck the bicycle he was riding near his offseason home in Northern California.

This tragedy has broken hearts across the NFL community. The number of calls and texts I alone have been part of is evidence of the network of coaches, players and media members who are all in different phases of shock and sorrow. Mind you, I am on the periphery of all the people who knew Greg Knapp.

None of us can imagine what the Knapps suffered over the past few days — or what Greg’s surviving family members will go through for the rest of their lives.

So many will be grieving.

You don’t stay constantly employed for 25 seasons in the NFL unless you are good at what you do, are connected and/or well-liked. Knapp covered all those bases.

Knapp was great in dealing with the media. There were a few of us in different markets who significantly benefited from Knapp’s presence. Not really as a source for the inside dirt, but as a teacher. He would help me with some of the nuances of the stretch-zone scheme and West Coast offensive concepts. He’d answer questions I might have about a wrinkle I’d seen in those schemes or how a defense played against them. The best was when we watched film during his time with the Falcons, exploring how certain teams kept getting caught in awful spots against quarterback Michael Vick, allowing Atlanta to eviscerate them with bootleg-action passes and runs.

After Knapp lost his job in Atlanta with Mora’s firing, he went to Oakland then Seattle as an offensive coordinator. I would see him on the field pregame or postgame and we’d chat on the phone from time to time. Not once — not once — did he crap on a player or coach from his present or past endeavors. It was always positive. Always. Knapp was such a breath of fresh air in a business where coaches routinely whisper negative or critical things, often to help themselves. When Knapp became Houston’s offensive coordinator in 2010 to reunite with quarterback Matt Schaub — they’d spent time together in Atlanta — he helped elevate Schaub into one of the league’s better quarterbacks.

I used to love being on the field pregame with Knapp. So many people would come say hello — especially my colleague and one of Knapp’s former coaching brothers, Steve Mariucci — and we’d discuss all sorts of things. That’s what was so great about Knapper: He would talk about whatever. He would tell me about how hard players worked — man, he loved to brag on Matt Leinart when the former Cardinals starter came to back up Schaub in Houston. Even though we talked a lot of football, I remember so many conversations about our families. When he got remarried a few years ago, he shared that new chapter with a lot of us, as well.

Knapp always seemed to be in a good place with himself, even when players, media and fans questioned his abilities and worthiness as a play-caller.

I hadn’t heard from Knapp in a few months, except for maybe a birthday exchange on Facebook or something like that. Then I got the news of this tragic accident. As is often the case with death or unexpected misfortune, so many of us who’d been disconnected reconnected. The first person I reached out to was Mora. What was said won’t be printed here, but I can tell you this: Knapp’s dear friend is a strong dude who has helped a lot of us this week. I’m sure we’ll be there for him, too.

There won’t be teams wearing Greg’s initials on their helmets and there won’t be monuments built in Knapp’s likeness around stadiums. There won’t have to be. So many of us will carry his legacy and memories forward. We will speak well of him. There’s actually no other way to speak of Knapper.