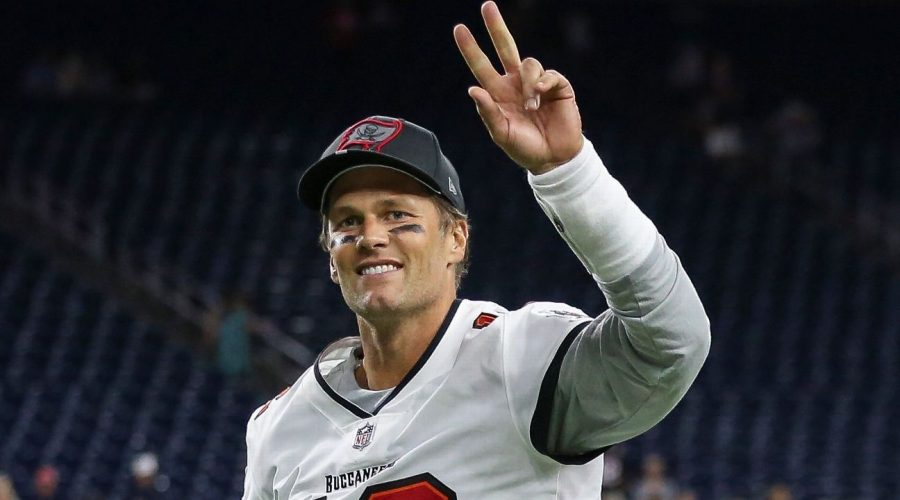 TAMPA, Fla. — At around 8:30 on the morning after the Tampa Bay Buccaneers defeated the Kansas City Chiefs 31-9 in Super Bowl LV, Bucs quarterbacks coach Clyde Christensen was enjoying a visit with his grandchildren when his phone rang.

It was a FaceTime call from none other than Tom Brady, who didn’t see Christensen after the game and wanted to thank him. But the quarterback was also eager to get to work on the 2021 season, telling Christensen, “Hey, I’ve just been sitting here thinking about we could really be a lot better next year. We still haven’t hit our peak. I really believe we’ve got a chance to be much, much, much better this year.”

“We’re miles ahead of what we were last year,” wide receiver Mike Evans said. “Not just me and [Brady’s] connection, but the whole team — the whole offense.”

The NFL hasn’t seen a repeat Super Bowl champion since Brady’s Patriots in 2003-2004, though, and it has been done only eight times, with three other teams even reaching the Super Bowl and losing the next year.

“It’s just that the league is so competitive,” said tight end Rob Gronkowski, who won three titles with the Patriots but never did so consecutively. “That’s what makes it so hard to win a championship, let alone to repeat.”

Here’s how the Bucs have tried to build on last year and what they’re up against as they try to “go for two” — their mantra this season — with their journey beginning Thursday night against the Dallas Cowboys (8:20 p.m. ET, NBC).

More cohesiveness with Brady and the offense

Tampa Bay returns all of its starters from last season. Brady has gone from last year’s having to learn an entirely new language in coach Bruce Arians’ offense with no offseason or preseason to fluency. Receivers know precisely the way he wants routes to be run. They are no longer struggling to get their heads around fast enough to account for his quick release or seeing different coverages than Brady does on option routes — an issue the Bucs ran into at times early last year.

“Now that they have an understanding of each other, you see us having more success just by them knowing each other and knowing what each other are going to do in certain situations,” offensive coordinator Byron Leftwich said.

“It’s been so much better. Everybody is more comfortable. Everyone knows each other. Last year, it was bizarre almost,” Christensen said. “I didn’t know [Brady], and the receivers didn’t know him. No one knew him. I was scared of him …. It’s been a 100% difference just on us knowing what he likes, for Byron to know what he likes, for us to know how he trains and for him to know what we expect out of him.”

After a three-and-out on the opening drive against the Houston Texans in the third preseason game, the Bucs went no-huddle and Brady executed it to perfection, ripping seven straight completions to four different receivers — including a 24-yard touchdown to Chris Godwin.

“Tom really operates it fast now,” Arians said of the no-huddle. “All the words mean something for him, where they didn’t — ‘What the hell did that mean?’ — last year. So it’s a lot easier.”

Granted, it was preseason, when teams stick to vanilla defense, but the potential is there.

“Everyone’s on the same page. Last year, we felt like we left a lot, a lot out there,” Evans said. “Games could have been a little bit easier last year for us, we feel like.”

Tampa Bay’s selection of linebacker Joe Tryon-Shoyinka out of Washington with the 32nd overall draft pick is looking like a smart move, as he was plenty disruptive in the preseason and adds freshness to the team’s rotation. His average get-off speed of 0.74 seconds this preseason ranked sixth among 200 players with 30-plus pass rushes. He also got pressure on 16.7% of his pass rushes, tied for fourth best among those players, per NFL Next Gen Stats data.

“I told him today that he’s going to be one of the key guys that helps us get back to the Super Bowl,” veteran outside linebacker Jason Pierre-Paul said. “The way he bends — it took me awhile for me to know how to bend and stuff like that. The way he grasps the plays and stuff — he’s there.”

Dee Delaney, Chris Cooper and Grant Stuard (along with second-year running back Ke’Shawn Vaughn) all reached 20 mph in punt and kick return coverage this preseason, something the Bucs only consistently got from Ryan Smith (now with the Los Angeles Chargers) and Jamel Dean last year.

The Bucs couldn’t be in better shape. Arians gave the veterans a rest this spring — the result of some self-reflection after injuries plagued his Arizona Cardinals after reaching the NFC Championship Game in 2015, and his reliance on sports science, including use of GPS tracking devices that monitor player steps, speed and exertion.

Brown also has shown glimpses of his All-Pro form from five years ago, at times looking unbeatable in camp.

“He’s able to go out there more and give more effort and energy to his routes and to his technique,” wide receivers coach Kevin Garver said of Brown.

Starting strong safety Jordan Whitehead is dealing with a hamstring injury and likely won’t play Thursday night, but the coaching staff believes backup Mike Edwards has really blossomed into a ball hawk and can step in.

One of the best-kept secrets out of Tampa Bay’s camp has been the feeling that this could be Evans’ best year.

In the past, Evans struggled to keep his weight down and would gain around 15 pounds in the offseason, going up to 240, having to exert himself physically to try to burn off all that weight. This year, he managed to control his weight through diet and hydration.

“It’s way harder [to get back into shape versus staying in shape],” Evans said. “I’ve been shooting myself in the foot doing that the first four or five years of my career. … This training camp I feel like it’s the best shape I’ve been in.”

The extra activity — like running 100 routes a day — to try to burn off excess weight was taking a toll on his body, giving him hamstring strains and wearing him out.

“Now I’m just trying to be smart and always stay in shape so my body can be ready,” Evans said. “As long as I’m in good shape and I’m healthy, I feel like I’m the best receiver on the planet.”

There’s also been a misconception that Evans — known as a long-strider because of his 6-foot-5 frame and success downfield — can’t excel in short to intermediate routes, which rely more on quickness. He has worked hard to improve that, his timing with Brady and his yards after the catch.

“That’s one of the things I told Tom when he first got here is, ‘You’re going to be surprised with how good he is in those short areas,'” Leftwich said.

Like every team that hoists the Lombardi trophy victoriously the previous winter, the Bucs must learn to adjust to having a target on their backs, to go from hunting each week to suddenly becoming the hunted. They got a taste of it when the Tennessee Titans outplayed them in the first of two joint practices before roaring back on Day 2.

“Every day we were on TV, good or bad,” Leftwich said. “I know how that goes in the opposing locker room. … we had everybody’s best shot last year before we were able to prove what we were as a team. We expect the same.”

Another issue Super Bowl teams must navigate is the threat of complacency and living in the rearview mirror.

That’s a major reason Tampa Bay chose to have its White House visit before training camp despite there being talks of possibly doing it in November when the team will play the Washington Football Team right outside Washington, D.C.

“Going back to the first preseason game … we had all those [Super Bowl] banners around the inside of the stadium. I’m so glad they got ’em out, and I’d like to get ’em off the fences here, me personally,” said assistant head coach/run game coordinator Harold Goodwin.

Christensen believes it’s all about leadership, particularly at the quarterback position, which is what he witnessed with Peyton Manning in Indianapolis. Players wouldn’t dare come to camp out of shape on his watch.

“There’s zero chance for complacency — zero,” Christensen said. “They won’t allow it to happen. It’s not in their being. … I think that’s the advantage.”

Brady is eager to see how this team can measure up.

“I’d love to see where we can get this year,” Brady said. “Again, all of it is earned. There’s nothing given. It’s not about a bunch of hype or a bunch of buildup and B.S. We have to go do it.”

September 9, 2021 NFL Comments Off on ‘Go for two’: Why Buccaneers feel ‘miles ahead’ of 2020 as quest to repeat begins
NFL News