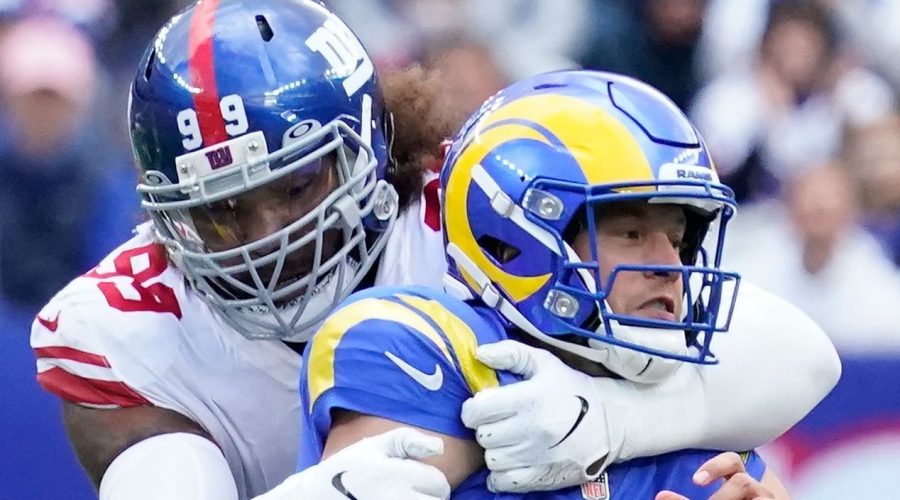 EAST RUTHERFORD, N.J. — New York Giants defensive lineman Leonard Williams heard the boos from the home crowd in a 38-11 blowout loss on Sunday to the Los Angeles Rams at MetLife Stadium. He didn’t appreciate them either.

“I mean [the boos] do bother me honestly. Obviously, we’re in our own home stadium. We don’t want to be hearing boos from our own home fans,” said Williams, the Giants’ highest-paid player who had 1.5 sacks on Sunday in the loss. “I understand they have a right to be upset as well because they’re coming to see us put good football on the field and we haven’t been winning up to date.

The frustration from fans has been building with the Giants (1-5) seemingly destined for a fifth straight losing season. They are fed up, especially after entering this year with lofty expectations following a busy offseason of signings, which included Williams getting a massive new deal.

The losing seems to be wearing on Giants fans, many of whom are spending their hard-earned money for tickets. They are paying some of the highest prices in the NFL, and not getting the product they desire.

New York has lost all three of its games at MetLife Stadium this year by a combined score of 82-38. It has lost 26 of its 35 at home since the start of 2017, when the team has the worst overall record in the NFL.

“What did I think of it? Yeah, they were upset,” quarterback Daniel Jones said. “We didn’t play well. We were certainly upset about that too.”

Williams seemingly understands the frustration. But he thinks it should be handled differently.

The veteran lineman, who also played from 2015-19 with the New York Jets, apparently was seen hushing the fans at one point.

“I don’t think anyone deserves to be put down no matter who you are,” Williams said. “I’m not going to go up to a salesman and tell him he’s not a good person or boo this person because he’s not doing his job or something like that.”

That analogy doesn’t seem to fully apply. Giants fans are paying to be consumers and, in this case, they weren’t necessarily booing Williams directly. They were showing their disgust with the team and the product they were consuming.

The Giants trailed 38-3 in the fourth quarter on Sunday.

“I just said I understood why fans would be upset,” Williams said. “Yeah, it doesn’t matter what I think. I go out there and play football. I don’t sit there in the stands. I can’t see it from their perspective.”

It wasn’t the first time this Giants team was booed this season. There have been boos at some point during each of the first three home games.

Giants owner John Mara was even booed vociferously during a halftime ceremony celebrating the career of legendary quarterback Eli Manning at their last home game against the Atlanta Falcons last month.

“I would boo, too,” Mara said in the hallway heading to his suite before the start of the third quarter of that contest. “We’re 0-2 and down at half.”

October 17, 2021 NFL Comments Off on Giants’ Williams bothered by boos in loss to Rams
NFL News