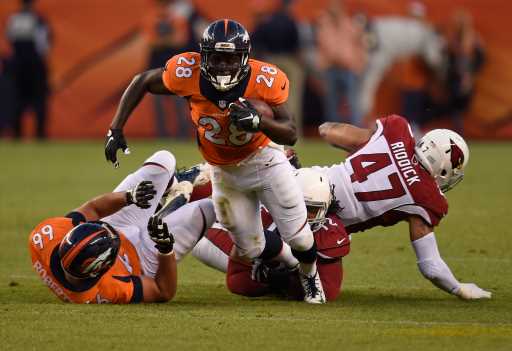 As the Broncos work to fill their vacant general manager job, former Denver running back Montee Ball had a suggestion for a candidate: himself.

“The Broncos need to stop playing games and just interview me for the GM position,” Ball tweeted Saturday. “I grew up a Broncos fan so I’m already emotionally invested. I’m a modern day athlete so I know all of the pressures these athletes experience and I can’t stand losing… ever.”

He even answered questions as to what steps he would take in the offseason:

On what position he would target with the No. 9 overall pick:

“LB. Offense wins games, defense wins championships,” he tweeted. “First I’m going to try and figure out, depending on the cap of course, how to pay Shelby Harris. We have great players on defense but he’s really the secret weapon. That dominant up the gut presence that he has is amazing.”

“My main focus would be Harris,” he tweeted. “Then (Phillip) Lindsay of course because that RB tandem is nice.”

Ball, 30, was Denver’s second-round pick in the 2013 NFL draft and spent two seasons with the team.