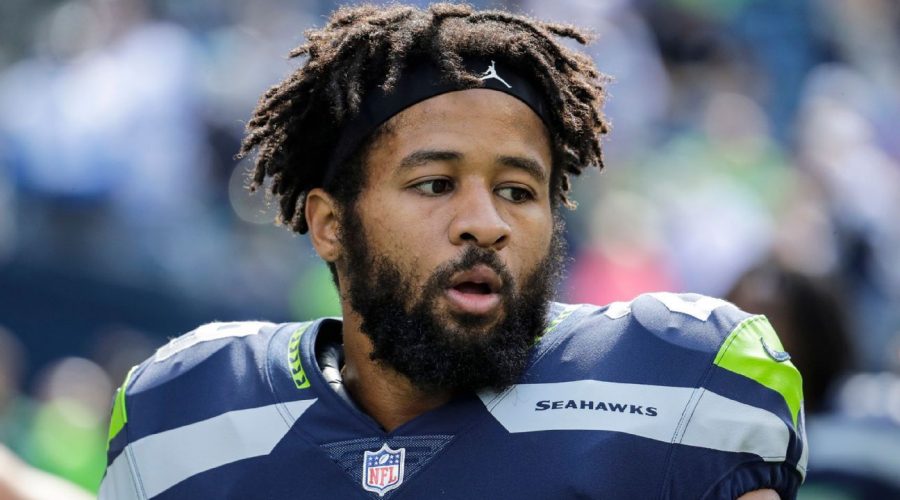 According to a report by WFAA in Dallas, Thomas was arrested by the Orange Police Department after he was recognized at a restaurant.

An arrest warrant for Thomas was issued on April 27 in Austin, Texas, after police said he violated the protective order by sending threatening messages to a woman about her and her children, the Austin American-Statesman reported last week.

Orange, Texas, is located near the Louisiana border, more than 250 miles from Austin.

Thomas faces a third-degree felony for at least two violations within 12 months of a protective order from May 2021 that stated he could communicate with the woman only through a co-parenting phone app, according to the newspaper. The woman had told police that Thomas recently began threatening her and her children via text, including one message on April 18 informing her that he had just obtained two handguns and another later that day in which he told her he would “kick [her] ass.”

Trey Dolezal, who represents Thomas in his ongoing divorce, told the American-Statesman that the arrest warrant stems from Thomas reaching out to the woman to see their children.

Thomas, 33, told ESPN’s Adam Schefter on April 22 that he wants to resume his NFL career. The seven-time Pro Bowl selection and three-time First Team All-Pro has not played in a game since the 2019 season, the year he signed a four-year, $55 million contract with the Baltimore Ravens in free agency. Baltimore released him in August 2020 after an altercation in which Thomas punched teammate Chuck Clark during a training camp practice.

Information from ESPN’s Brady Henderson was used in this report.