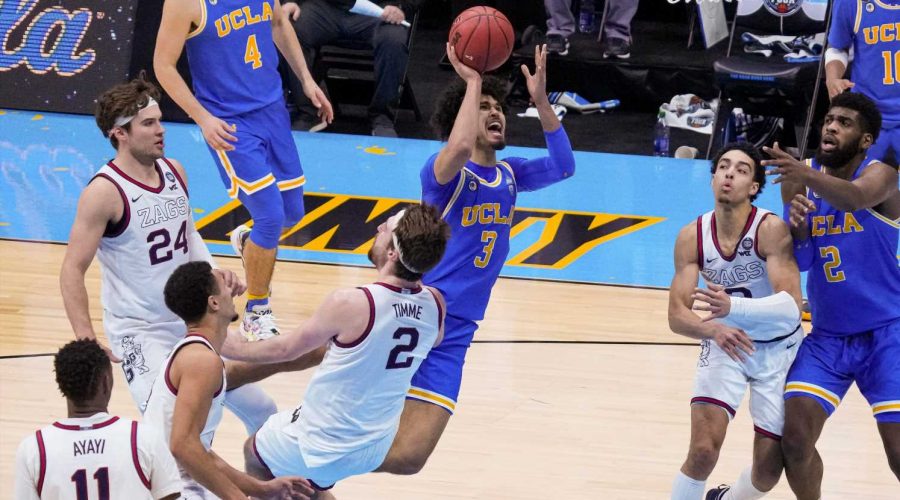 INDIANAPOLIS — A controversial charge call with one second remaining in regulation had UCLA fans furious at Lucas Oil Stadium.

Bruins star Johnny Juzang was driving to the lane with the score tied at 81 and appeared to draw contact from Gonzaga defenders, but big man Drew Timme drew a charge call.

Replays showed Timme to be moving but still set when he collided with Juzang and fell backward.

“Are you (expletive) kidding me, refs?” one nearby UCLA fan shouted furiously.

UCLA was playing inspired basketball against the No. 1 overall seed, trying to hand the Bulldogs their first loss of the season and pull off one of the biggest upsets in NCAA Tournament history.

Johnny Juzang gives the ball back to Gonzaga. pic.twitter.com/PvwLnVT9YP

Coach Mick Cronin’s facial expression after the call said it all.

"I thought it was a well-officiated game," Cronin said afterward. "Obviously I was hoping they would call a block at the end of the play, at the end of regulation, when Johnny broke to the basket. It might have been a charge. I haven't seen the film.

"I would say this: it's the hardest play in the world for an official. And if I see the film and it looked like the guy was moving, then sometimes things aren't meant to be. And I could tell you the official, if he did miss it, I'm sure he didn't mean to. But maybe it was a charge." 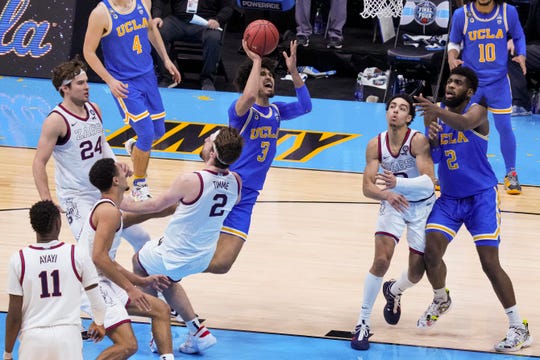 Johnny Juzang is called for a charge on Drew Timme (2) with one second left in regulation. (Photo: Kyle Terada, USA TODAY Sports)

The teams went into overtime after the offensive foul call on Juzang, when the Bruins lost on a last-second shot by Jalen Suggs from nearly halfcourt.