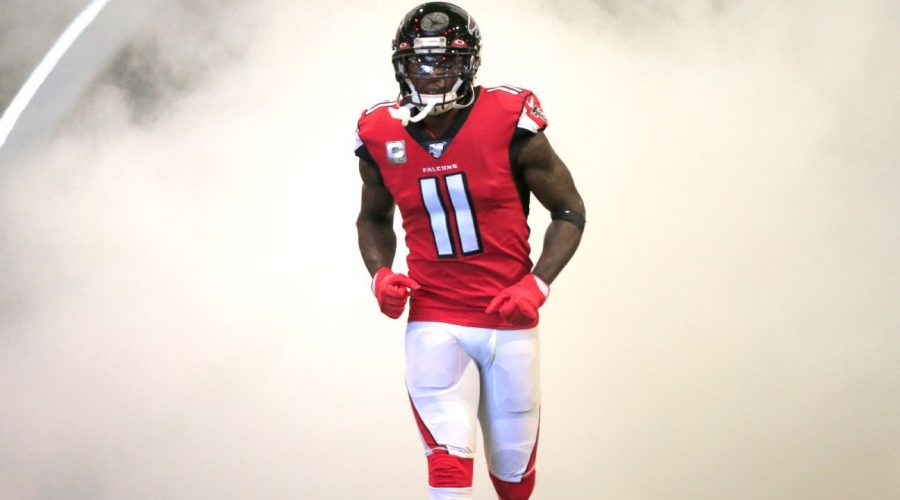 Fontenot answered the question about possibly moving Jones broadly, but the question asked was a direct one about the team’s star receiver for a decade.

“That’s one of those things when you’re doing things the right way in an organization, you have to listen if people call, on any player,” Fontenot told FOX 5. “Especially, we are in a difficult cap situation, that’s just the circumstance and it’s not a surprise for us. We knew the circumstance we were in. Our administration has done an excellent job up to this point getting us in a position to be able to manage the cap, and yet we still have more work to do.

Jones is Atlanta’s all-time leader in catches (848) and yards (12,896), and his 60 touchdowns are second behind Roddy White. Jones has played his entire career in Atlanta since being the No. 6 overall pick in the 2011 draft — when the Falcons used five picks to trade up from No. 27 to take him.

He became an immediate difference-maker with 959 yards and eight touchdowns as a rookie. His next year, in 2012, he made the first of his seven Pro Bowls and had his first 1,000-yard season along with a career-high 10 touchdowns.

“Obviously that particular player, we hold him in high regard. He’s special in what he’s done and what he continues to do here,” Fontenot said of Jones. “But we have to consider any players if it’s right for the team because we have to do what’s best for this organization.”

The team did not restructure Jones’ deal, though, with a $23.05 million cap hit and his base salary of $15.3 million fully guaranteed. If the Falcons were to trade Jones after June 1, it would be able to spread out the financial hit over two seasons instead of all in one.

The Falcons also hold the No. 4 pick in this week’s NFL draft and could go a multitude of directions with the selection, from quarterback to pass-catcher to a trade down.

April 27, 2021 NFL Comments Off on Falcons would listen to offers for Julio, says GM
NFL News