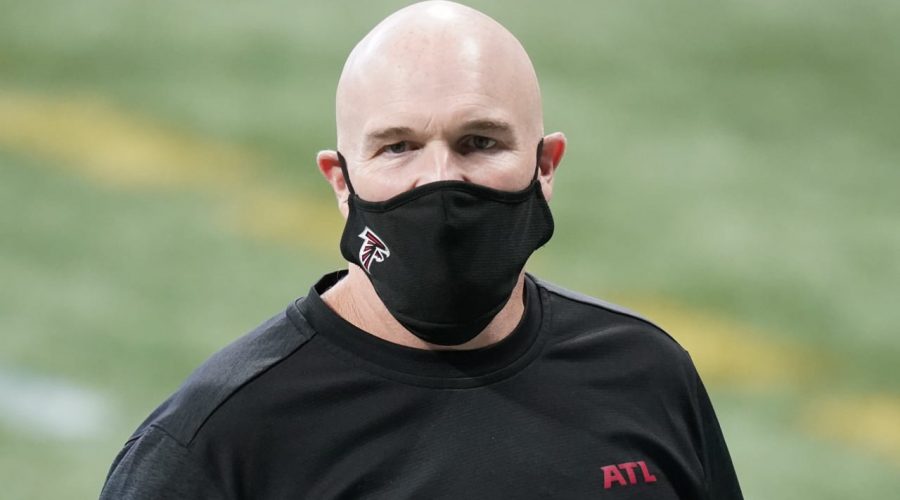 The Dallas Cowboys are taking a step toward potentially landing their newest defensive coordinator.

NFL Network Insider Ian Rapoport reported Monday that Dan Quinn is on a flight to Dallas to meet with Cowboys brass, per a source informed of the situation.

The in-person meeting comes after Dallas spent several hours on Zoom with Quinn.

Rapoport added that Quinn is the Cowboys’ top candidate for the DC gig on Mike McCarthy’s staff.

Generally, if owner Jerry Jones has honed in on a target, he lands him. The in-person meeting could be the final step before the club adds Quinn to the staff.

The 50-year-old Quinn was fired by the Atlanta Falcons five games into the 2020 season with an 0-5 record. In five-plus seasons with Atlanta, Quinn compiled a 43-42 record, including a Super Bowl trip in 2016.

Before landing in Atlanta, Quinn succeeded Gus Bradley as defensive coordinator in Seattle, taking over the Legion of Boom in its prime. In two years as DC in Seattle, Quinn’s defense ranked No. 1 in yards and points allowed both seasons.

Quinn’s defenses in Atlanta, however, routinely struggled throughout his tenure. In the past two years, the Falcons actually improved on defense when Raheem Morris took control.

After a disastrous year under Mike Nolan resulted in his firing last week, the Cowboys are looking to turn the page quickly and could believe the well-liked Quinn is the man to spark a quick turnaround.