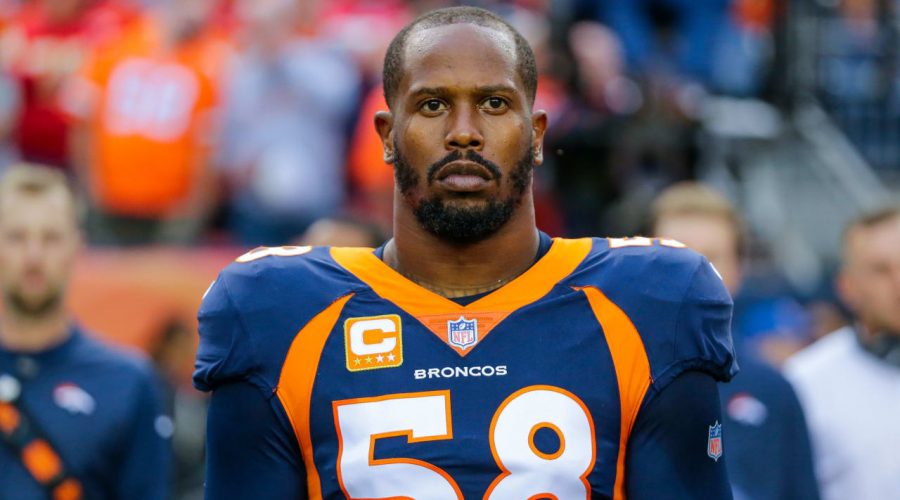 There will be no criminal charges filed against Denver Broncos pass rusher ﻿Von Miller﻿, the District Attorney’s Office of Centennial, Colorado announced Friday in a statement.

The Parker (Col.) Police Department had previously submitted a criminal case against Miller to the DA’s office, but after reviewing all materials the office determined no charges would be filed, per the release, which was obtained by NFL Network’s Tom Pelissero.

Parker PD began an investigation of Miller on Jan. 15 and told NFL.com then “if the investigation determines a crime was committed, charges will be submitted to DA’s office for review.”

The nature of the investigation has not been released by the police department.

The 31-year-old Miller has been part of the Broncos organization since he was selected second overall in the 2011 NFL Draft. He’s an eight-time Pro Bowl selection who led the franchise to a win in Super Bowl 50. Miller missed all of the 2020 season and is entering the final year of his current contract.