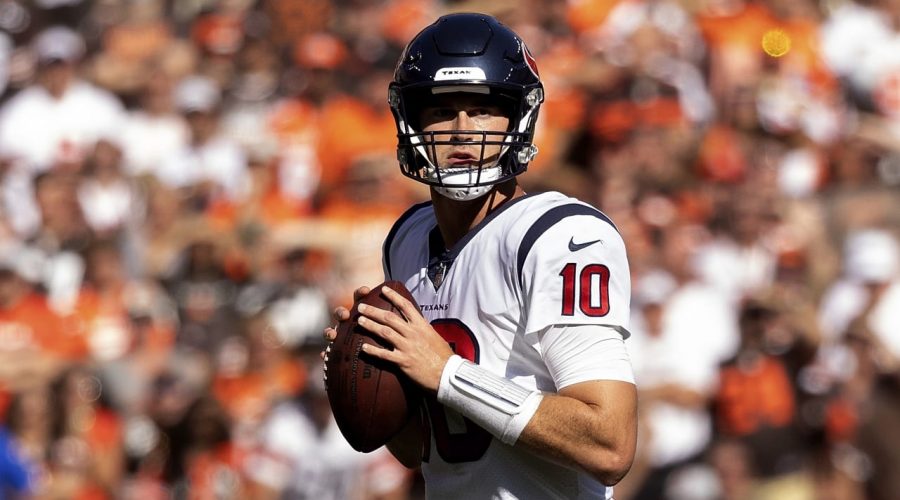 A rookie from Stanford, Mills completed 8 of 18 passes in relief of Taylor Sunday in a 31-21 loss to the Cleveland Browns. Taylor exited at halftime with a hamstring injury and did not return. Taylor is expected to miss multiple games and is a candidate for placement on the injured reserve list, according to NFL Network’s Tom Pelissero.

The Texans selected Mills in the third round of the NFL draft in the spring. It figures to be a challenging starting debut for Mills against a Panthers defense that has allowed the fewest yards per game (190) in the NFL through two games, and by a wide margin — 44 yards per game fewer than the No. 2-ranked Buffalo Bills.

Per Culley, Mills will have receiver Anthony Miller (shoulder) at his disposal on Thursday, but might be without WR ﻿Danny Amendola﻿ (thigh).

Houston’s best quarterback, ﻿Deshaun Watson﻿, will remain on the club’s inactive list as the NFL continues an investigation into 22 civil lawsuits filed against Watson alleging sexual assault and misconduct in massage sessions.

The Texans will activate ﻿Jeff Driskel﻿ from their practice squad to serve as Mills’ backup, per Culley.