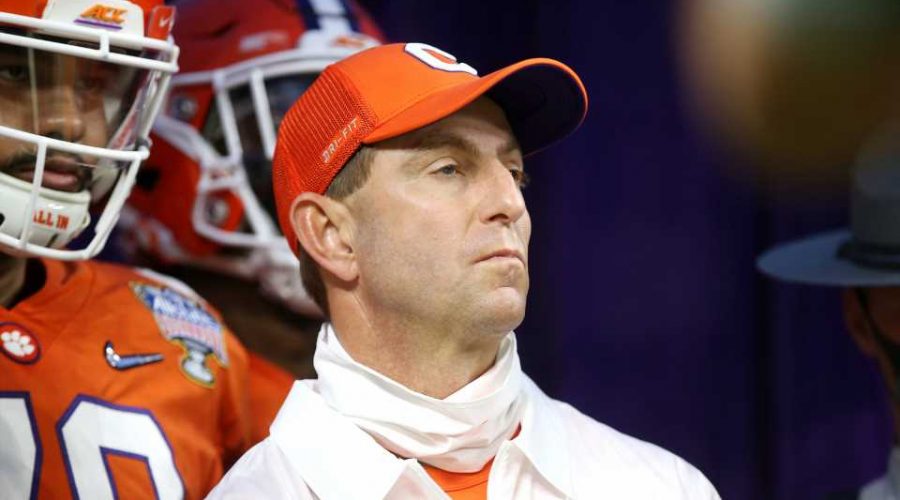 Count Clemson coach Dabo Swinney and his Tigers team as opponents to an expanded playoff proposal, which would include the six top-rated conference champions and six at-large bids. The 14th-year Clemson coach said as much in an interview with The Athletic, listing myriad reasons for his objection. In all, it came down to main points:

“(The players) don’t want to play more games,” Swinney said, “and to be honest with you, I don’t think there’s 12 teams good enough.”

It’s true that the proposed model could conceivably produce a 17-game season for a team that plays in its league title game and is seeded lower than fourth. But, assuming Clemson continues to earn Playoff bids as a top-four team — which the Tigers have done every year of the Playoff era, minus the 2014 season — then the new model would result in only one additional game for Swinney and Co. The new model also likely ensures any one- or two-loss Clemson team makes the Playoff.

His second point could be better defended, at which point it becomes a debate of whether you prefer the exclusivity of a four-team playoff over ensuring every Playoff-caliber team can make the postseason, at the risk of including potentially lower quality participants.

Swinney added that an expanded playoff would result in a worse regular season product — not unlike NFL teams that opt not to play star players since they are guaranteed playoff berths.

“Oh, well you’re in the playoffs, why play Trevor (Lawrence) in this game? You’re already in.”

This is not the first time Swinney has objected to the playoff. He said as much when college football left the Bowl Championship Series behind in favor of the four-team model; Clemson never made a national championship game under the BCS model, but made six playoffs, four championship game berths and won two national titles under the current model.