The Denver Broncos face the prospect of playing the New Orleans Saints on Sunday without a recognised quarterback.

Running back Royce Freeman is slated to fill in as an emergency quarterback. However, ESPN‘s Adam Schefter has reported that the Broncos, who sit third in the AFC West with a 4-6 record, are not currently planning to forfeit the game.

The most 2020 scene of all: Denver's QBs were deemed high-risk, close contacts because they were not wearing their masks. The Broncos will hit the field Sunday against the Saints without a quarterback.

Here's how Denver got wiped out at the QB position in a 72-hour span:

Drew Lock, Brett Rypien and Blake Bortles did not wear masks, per a source, and were deemed high-risk close contacts today. They now are out Sunday.

Broncos will not be forfeiting, per source.

Short of luring GM John Elway out of retirement, it sets up as the most unexpected NFL scene of 2020. Broncos have no QBs for a game against the Saints. https://t.co/ig4knEI9vQ

“The most 2020 scene of all: Denver’s QBs were deemed high-risk, close contacts because they were not wearing their masks,” Schefter wrote on social media.

“The Broncos will hit the field Sunday against the Saints without a quarterback.

“Broncos will not be forfeiting, per source.”

Schefter also reported that Lock, Bortles and Rypien were not thought to have been wearing masks at the time of their possible exposure.

A person with knowledge of the situation told Associated Press that Lock, Rypien and practice squad member Bortles were pulled off the practice field on Saturday. Denver had previously cancelled two days of practice. 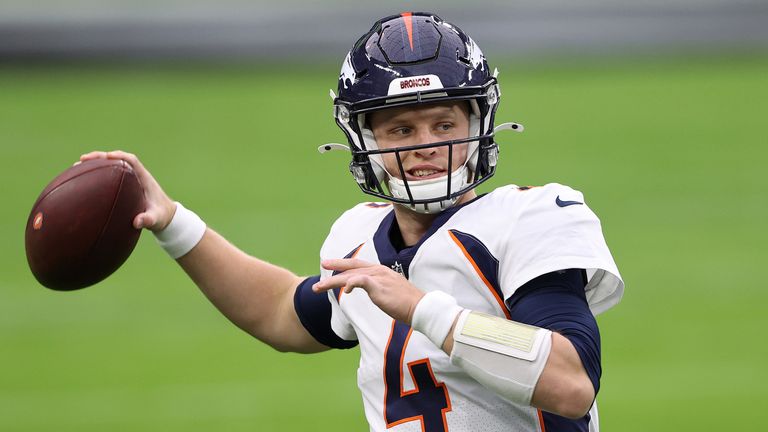 The 8-2 Saints, who have themselves had quarterback issues with Drew Brees currently sidelined, are expected to land in Denver on Saturday evening and prepare for the game as normal.

Denver, while yet to address the situation publicly, are understood to be working with the NFL to find a satisfactory resolution.