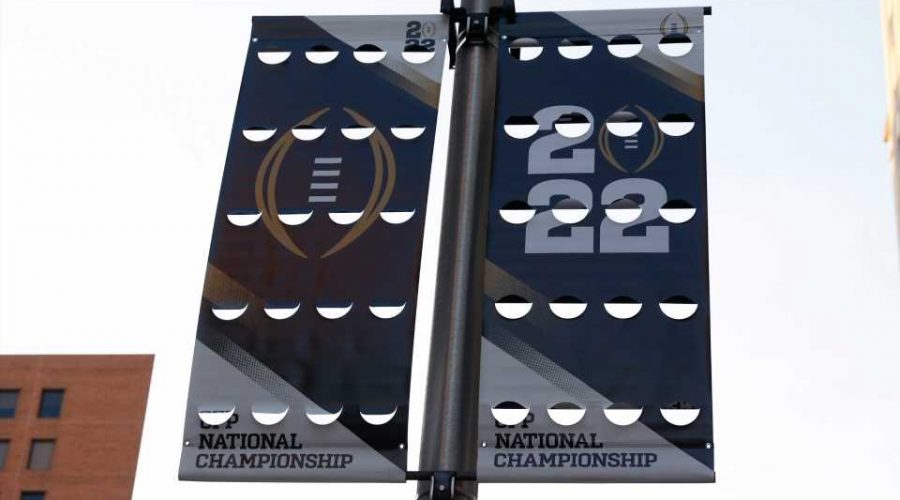 INDIANAPOLIS — The NCAA tournament was so compact when John Wooden coached his final game that all of the madness was contained to March. The event was not an uppercase affair, though. It was more a curiosity than the national sporting spectacular we know today.

And it pretty much always ended the same: with UCLA as champion, 10 times in the 12 tournaments contested between 1964 and 1975.

Only 32 teams qualified that last year: conference champions made it automatically, a few assorted independents were brought along and, for the first time, some accomplished league contenders were invited to compete. When UCLA won its first nine titles, the field was 25 teams or fewer. Imagine if the people in charge had left it at that, under the assumption the Bruins would keep winning on an annual basis no matter what changes were transacted to make the tournament more just and more compelling.

That’s what one hears now from many who have observed the first eight editions of the College Football Playoff. They’ve seen Alabama’s dominance and, to a lesser extent, Clemson’s and Ohio State’s, and they assume an actual playoff expanded to eight or 12 teams would produce the same result.

What a failure of imagination that is. What a disappointment it is to see so many smart people fail to understand how the current “playoff” structure has helped produce this circumstance.

It was not by design that those who conceived the CFP engendered a college football world in which three or four schools would detach themselves from the rest of the sport. They just wanted to inch closer to something that resembled a true championship without inflicting too much damage upon the bowl system to which they were mysteriously attached.

The elite players quickly recognized, however, that if they wanted to be a part of the most important games, they needed to join the Tide or Tigers or Buckeyes or, perhaps, the Oklahoma Sooners. This has become both self-fulfilling and self-sustaining. Only one other program has claimed one of the seven previous championships. Only three others have played in the final.

College football was not always a sport where success was so regional and exclusive. In the 2000s, some of the greatest powers were Miami, Texas and Southern California. In the ’90s, it was Nebraska and Florida State. Between 1976 and ’86, Pitt and Penn State combined to claim that distinction through the method of the day, the wire-service polls, a total of three times. From 1975 through 2014, 23 different programs claimed at least a share of the national title, including Georgia Tech, Colorado, Washington and Tennessee.

Expansion of the CFP can help college football enjoy the traditional variety that made the sport a national obsession as well as the modernity of a championship in which success is based almost exclusively on achievement — and only in the slightest way on someone’s opinion.

Pac-12 commissioner George Kliavkoff has been on the job only six months and already has recognized a fundamental truth about college football and its postseason.

“We have to expand,” Kliavkoff said on Mike Krzyzewski’s SiriusXM radio program, “Basketball and Beyond.”

Whether the expansion is to 12 teams or eight, it must include automatic qualification for at least six conference champions in order for the whole enterprise to be legitimate, and it makes sense those positions would be granted to the Power 5 champions and the best representative of the other five leagues. To argue about the semantics there is pointless.

STAFF PICKS: Who do SN’s experts favor in Alabama-Georgia?

If the debate is coming from inside the Power 5, it’s clearly a negotiating ploy, because why would anyone argue about being presented something so valuable? If it’s from the American or Mountain West or wherever, it’s a greedy gambit that could leave those Group of 5 programs desperate for inclusion through another coincidence of miracles so soon after the fortunate confluence of Cincinnati’s brilliant season and rebuilding at Ohio State, Clemson and Oklahoma.

With automatic qualifiers, every program can promise its recruits: If we win our conference, we’ll be in. This does not guarantee an even distribution of five-star recruits. There still will be a desire among many to be coached by Nick Saban or Dabo Swinney, but they no longer will be able to claim theirs to be the only path to the playoff.

When the NCAA began to make its men’s basketball tournament more inclusive, it launched a phenomenon that has become one of this country’s most beloved and consuming events, not just in sports but in all of popular culture. With 68 teams in the field, that means 19 percent of Division I teams participate. In FBS football, Kliavkoff said, the tiny CFP field means that figure is 3 percent.

In just 10 years from the time Wooden coached his last game, the tournament field doubled in size and the list of champions crowned in that period included not only longtime powers Kentucky, Indiana and North Carolina, but also rising forces Georgetown, Michigan State and Louisville.

Since 1975, 22 different colleges have earned NCAA Tournament championships. Only one of them was UCLA, and only once.

January 9, 2022 NFL Comments Off on College Football Playoff is too elusive, too exclusive; expansion is a must
NFL News