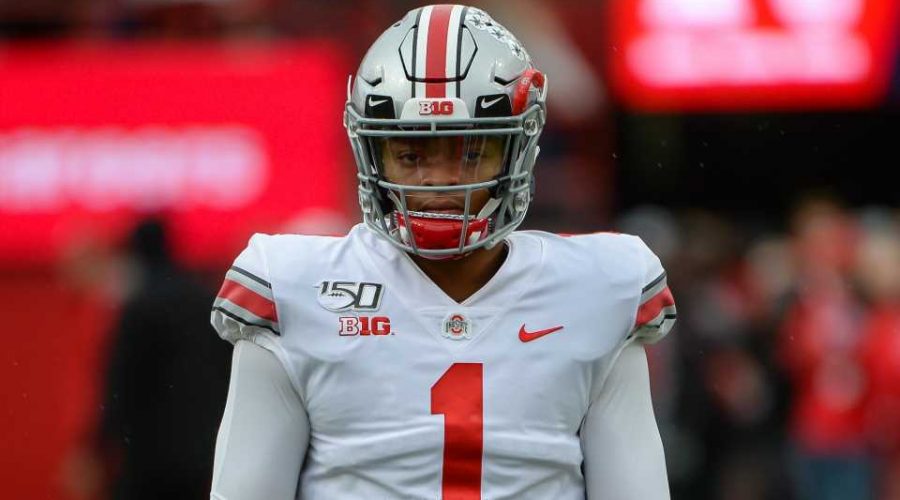 Batten down the hatches, Chris Simms.

The NFL analyst hasn’t been afraid to live out on an island with his quarterback takes leading up to the draft, and none have been more puzzling and polarizing than his dislike of Ohio State’s Justin Fields.

In fact, Simms’ distrust of Fields as a prospect has him landing all the way at the bottom of Round 1, being selected by the Buccaneers as the presumed heir apparent for Tom Brady in Simms’ 2021 mock draft.

Simms’ reasoning: Other teams opted for other quarterbacks, leading to Fields’ slide, with landing spots running out as the draft wears on.

Notably, Simms has Trey Lance going at No. 8 to Washington, which would have to trade up to secure the North Dakota passer.

While many analysts believe Fields is slated for a top-10 selection, there are some doubts as to Fields’ landing spots within the top 10 if San Francisco does opt for Mac Jones or Trey Lance at No. 3 overall.

Clemson’s Trevor Lawrence and BYU’s Zach Wilson are expected to go No. 1 and 2 to the Jaguars and Jets, respectively.

April 27, 2021 NFL Comments Off on Chris Simms’ NFL mock draft has Justin Fields falling to the Buccaneers at No. 32
NFL News