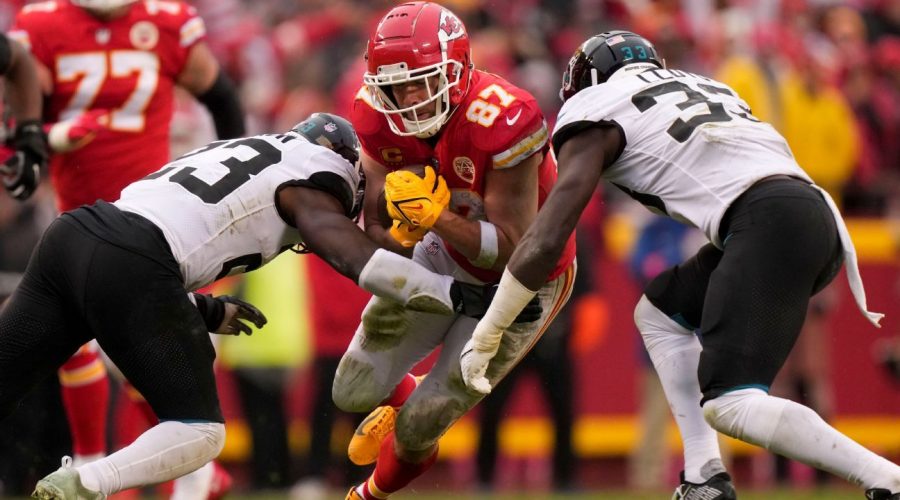 Henne, subbing for an injured Patrick Mahomes, led Kansas City on a 98-yard drive culminating in the second touchdown catch of the day for tight end Travis Kelce. The reception was Kelce’s 10th of the first half, and the ensuing point-after staked the Chiefs to a 17-7 lead.

The Chiefs took a 7-0 lead on Mahomes’ 8-yard touchdown pass to Kelce on their opening possession of the game. Kelce took a short pass from Mahomes and ran into the end zone. Kelce had four catches for 35 yards on the drive.

Kelce is the first player with 10 receptions and two receiving touchdowns in a half of a playoff game since the Seahawks’ Jermaine Kearse in the 2015 Divisional Round, per ESPN Stats & Info.