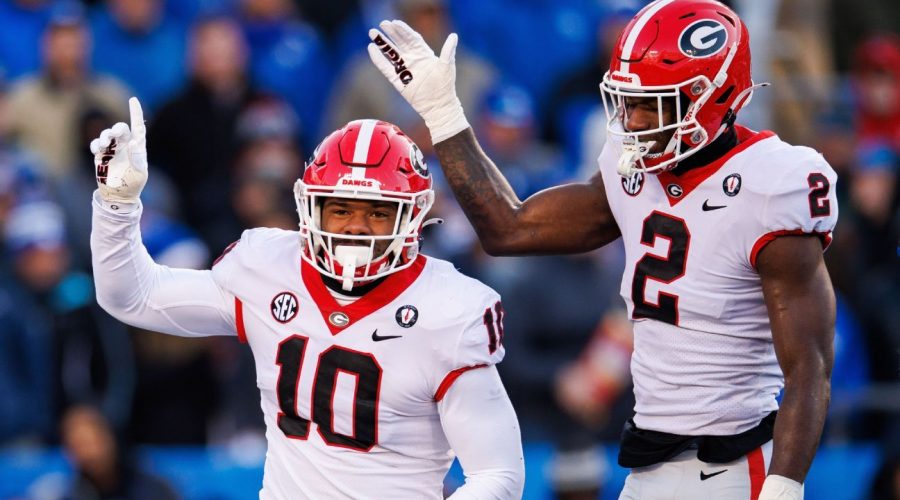 After all that, it’s Rivalry Week.

Week 12 of the college football season gave us a month’s worth of wonderful nonsense, from snowy MACtion games (and a wild Toledo-Bowling Green finish) to a playoff-picture-changing blowout (South Carolina 63, Tennessee 38) to a number of near upsets that put us on the verge of chaos. The Vols aside, the sport’s top tier held steady, but what seemed like a lackluster Saturday on paper instead kept us on the edge of our seats from start to finish.

After a number of wild weekends, however, we have reached the promised land. The next two weeks of football — Rivalry Week, followed by Championship Week — will give us the endings to all the stories we’ve been following, not only since the season began but since the offseason began. At least one College Football Playoff spot is entirely up for grabs, the Heisman race seems blurrier than ever and a number of conference title races are endless shades of gray.

As Thanksgiving approaches, then, let’s set the table. Let’s walk through everything that will be decided over the next two weeks, reliving the best moments of Week 12 as we go.

(And because I can’t help myself, let’s also look at everything that might change through the prism of a 12-team playoff, which we will be getting sometime in the coming years.)

The race for the CFP

Tennessee’s loss shook up the CFP picture quite a bit. Per the Allstate Playoff Predictor, the Vols’ odds of reaching the final four plummeted from 60% to 9% with the loss, and TCU (up 21 percentage points), Michigan (10 percentage points), USC (6), Clemson (6), Ohio State (6) and LSU (3) all benefited.

We’re left with a playoff picture that seems clean at the top but gets muddy very quickly. Here’s what we either know or can reasonably assume: