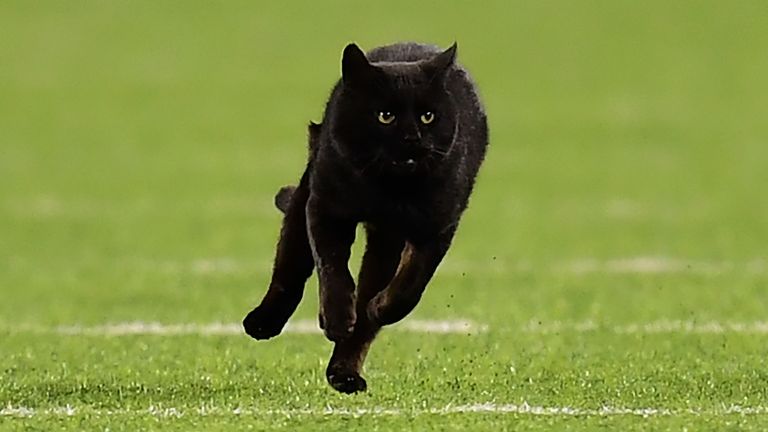 A black cat that found fame after delaying the Monday night NFL game between the New York Giants and Dallas Cowboys is still on the run.

Multiple humane traps have been set up throughout the MetLife Stadium in New Jersey, but attempts to find the feline have not been fruitful so far.

In a statement, the stadium said: “We are hopeful that together we can find the black cat that we all fell in love with.”

A trap, neuter, release and no-kill shelter has been enlisted to help track the animal down – and if it is caught, it will be assessed for a home or relocation. The cat made its debut on the field during the second quarter of the match, leaving the referee with no choice but to suspend play for five minutes.

Stadium workers, accompanied by New Jersey state troopers, herded the feline towards the end zone away from the players.