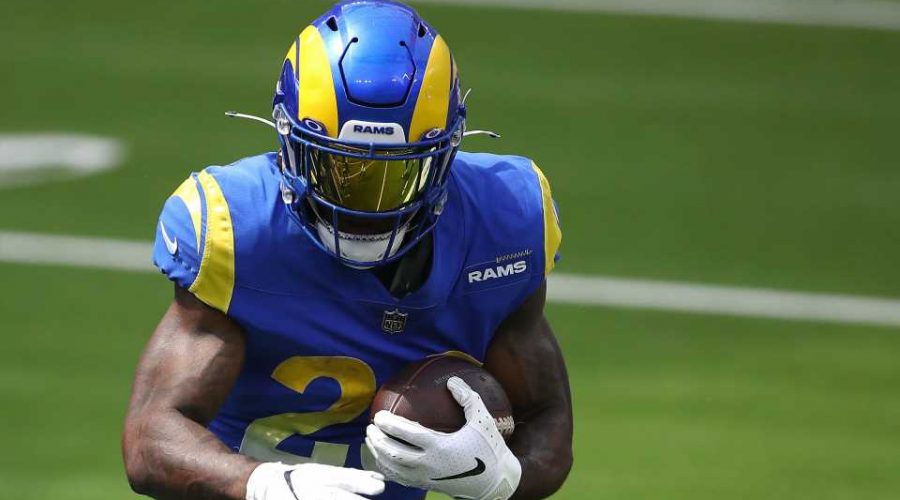 The Rams will enter the 2021 season without their leading rusher from a year ago.

NFL Network reporter Tom Pelissero reported Tuesday morning that Cam Akers, a second-year running back out of Florida State, has torn his Achilles, an injury that could cause him to miss the entire 2021 campaign.

Akers, who was drafted in the second round of the 2020 NFL Draft, rushed for 625 rushing yards on 145 carries with two touchdowns, and added 123 receiving yards on 11 catches, including a touchdown, during his rookie season.

Achilles injuries are among the most damaging to a player in the NFL. According to a 2017 study from Dr. Selene Parekh and Dr. Jay Shah, the recovery from a ruptured Achilles takes about nine months. The study also examined production when returning from the injury and found that running backs were the most heavily affected by the injury with a 78 percent decrease in power ratings and approximate value three years after the injury.

With Akers out for the 2021 campaign, the Rams will turn to Darrell Henderson, their second running back in the backfield tandem from a year ago. Henderson was just behind Akers in rushing yards with 624 on 138 carries, and he was tied for the team lead with five rushing touchdowns. He also hauled in 16 passes for 159 yards, including a touchdown.

Henderson, a third-year running back after being drafted in the third round in 2019, has missed time during the offseason’s training programs with an undisclosed injury, but he is expected to be back for the start of training camp.