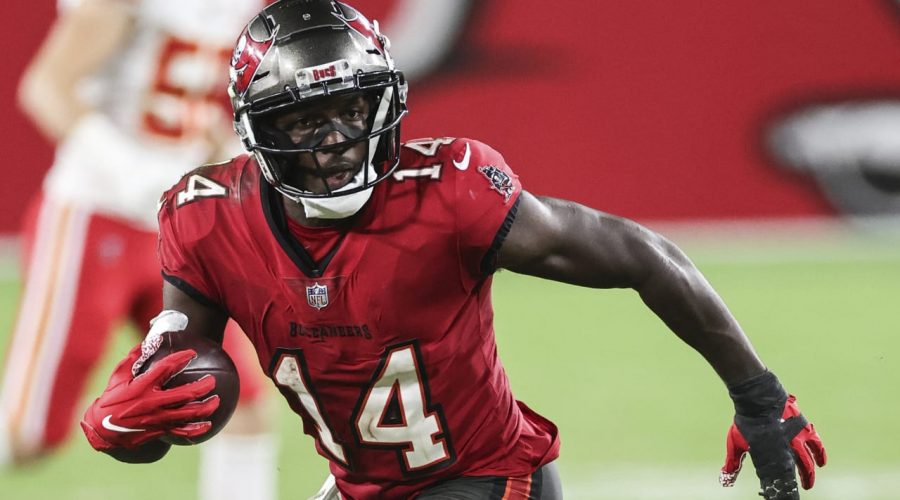 ﻿Chris Godwin﻿ saw it coming, and it came true on Tuesday.

Godwin will stick around in Tampa with the defending Super Bowl champion Bucs in a move that made the most sense to try to keep the team’s top targets intact for quarterback ﻿Tom Brady﻿. Tampa can still strike a long-term deal with Godwin, one that could end up backloaded to remove some financial pressure from the team’s immediate situation, but the tag ensures Godwin won’t land somewhere else in 2021.

As he said last month, Godwin is fine with such an outcome, because winning makes him happy — and a projected tag number of $15.808 million doesn’t hurt, either.

“I’m not going to put myself in a situation where I’m going to be miserable for some years to come just for a couple extra dollars,” Godwin said. “I think my happiness is paramount in all of this and part of that happiness is winning.”

Godwin caught 65 passes for 840 yards and seven touchdowns in his first season playing with Brady, serving as an excellent No. 2 target alongside ﻿Mike Evans﻿. After trudging through fruitless campaigns of the past, Godwin maximized his first legitimate postseason experience, catching 16 passes for 232 yards and a touchdown in the Buccaneers’ four playoff games, including a five-catch, 110-yard performance in Tampa’s upset of the Green Bay Packers in the NFC title game.

He’ll have his wish granted and could still make out monetarily in the long term, but Godwin, who was No. 6 on NFL.com’s list of the top 101 free agents, won’t be without happiness in 2021 now that he knows he’ll be staying with the Bucs. Next up for Tampa: Figuring out how to keep ﻿Shaquil Barrett﻿, the team’s 2020 tag recipient.