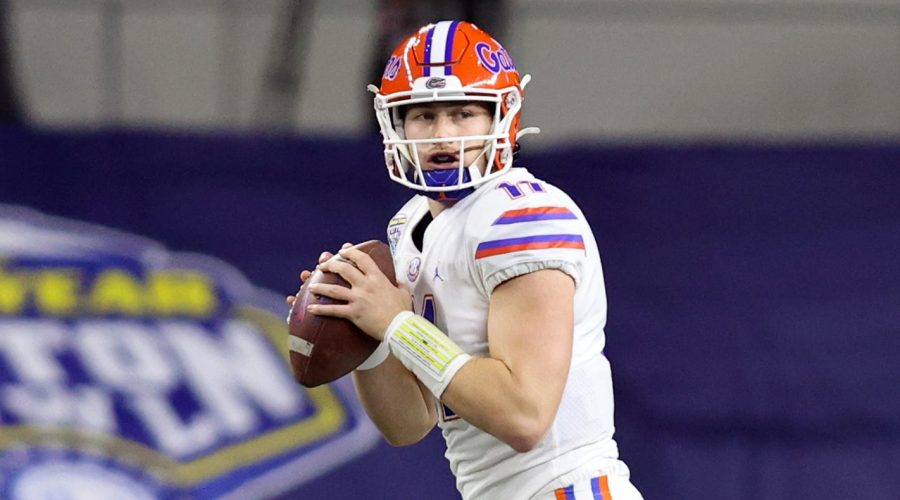 The Tampa Bay Buccaneers have invested in a possible future replacement for Tom Brady.

With the final pick of the second round in Friday's NFL draft, the Buccaneers selected quarterback Kyle Trask.

Trask was the sixth quarterback selected in the draft and the first on Day 2. The Minnesota Vikings took Texas A&M's Kellen Mond early in the third round, and the Houston Texans followed by selecting Stanford's Davis Mills.

The 6-5, 234-pound passer took a significant step forward in 2020, throwing for 43 touchdowns en route to being named a Heisman Trophy finalist.

While Trask has been lauded for his touch and poise, he has faced scrutiny for his athleticism and arm strength.

"I think I've shown on film that I can make every single throw on the field," Trask said in a news conference after he was selected.

NFL DRAFT TRACKER: Analysis on every pick in the second and third rounds

After leading the Buccaneers to a Super Bowl 55 victory, Brady agreed to a one-year contract extension in March to keep him with the team through the 2022 season. Brady, who turns 44 in August, has left open the possibility of playing beyond 45.

"He's definitely one of my favorite quarterbacks growing up," Trask said of Brady. "I can't wait to get this ball rolling, for sure."