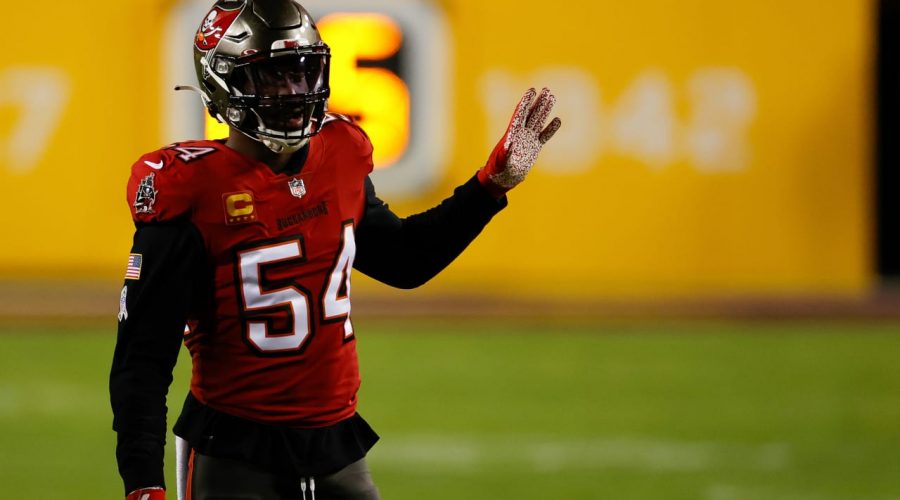 ﻿Lavonte David﻿ isn’t going anywhere but back to his Super Bowl title-defending team.

The linebacker has agreed to terms with Tampa Bay on a two-year contract extension worth $25 million, NFL Network Insider Ian Rapoport reported, per sources informed of the situation. The deal includes three voidable years to reduce David’s cap hit to $3.5 million in 2021 and spread his future cap number over a longer term, helping the Buccaneers fit his new deal into their tight salary cap situation, NFL Network’s Mike Garafolo reported.

David has spent his entire nine-year NFL career toiling in Tampa as a stellar linebacker for the Buccaneers, who didn’t taste success until this past season. When angling for redemption storylines with these Bucs, one didn’t need to look any further than David, who embodied Tampa’s turnaround and soaked in the sweet sensation of success when the Buccaneers dominated the Kansas City Chiefs in Super Bowl LV.

David was one of the many Buccaneers headed for free agency who coach Bruce Arians stated wasn’t going anywhere during Tampa Bay’s Super Bowl boat parade, and now that declaration is official. With a resume that borders on Pro Football Hall of Fame candidacy — David is one of only three players since 2000 with 1,000-plus tackles and 20-plus sacks in their first nine seasons, per NFL Research — David will resume his excellent career by doing nothing more than returning to the franchise he’s always known as his own.

The Buccaneers crossed off two key items on their offseason checklist Tuesday, tagging receiver Chris Godwin﻿ before coming to an agreement with David. Next up on their list is edge rusher ﻿Shaquil Barrett﻿, who played 2020 under the franchise tag and is due a hefty payday this spring.