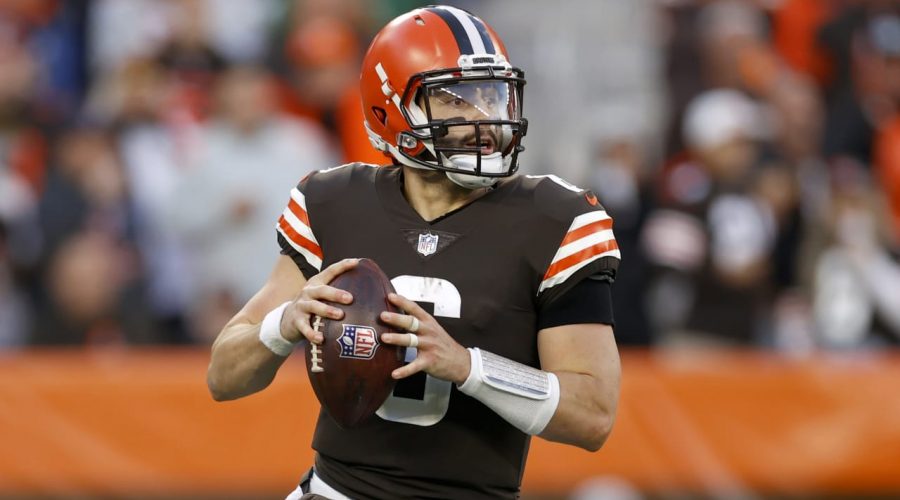 The Browns will head into the offseason with plans to retain Baker Mayfield as their quarterback for 2022, sources say.

Coming off a playoff run last season, Cleveland has stumbled to 7-9 this season as Mayfield tried to battle through a variety of significant injuries, throwing seven interceptions in his last three games. He’ll miss Sunday’s finale against the Bengals and undergo surgery next week to repair his left (non-throwing) shoulder.

Mayfield and Browns coach Kevin Stefanski spoke Friday as part of normal exit meetings, and sources say the two are on the same page. The No. 1 overall pick in 2018, Mayfield is entering the final year of his rookie contract — a fully guaranteed $18.858 million fifth-year option — and the expectation as of now is he’ll play it out in Cleveland.

In December, Mayfield reflected in an NFL Network interview on the difficulties of the season, saying: “The tricky part about this year, has been a lot of internal things. It hasn’t just been the outside noise.”

To be sure, it wasn’t perfect. Mayfield tore his labrum in his left shoulder early in the season and elected to keep playing. He also suffered a shoulder fracture along with other injuries, missing three games.

Statistically, it was a step back from an impressive 2020 that saw him lead Cleveland to the playoffs. Mayfield is on injured reserve and Case Keenum will start Sunday against the Bengals. (Practice squad players and those on IR have their meetings with Stefanski and general manager Andrew Berry before the end of the season.)

While some communication issues lingered this season, and there was frustration with the on-field product, there is plenty of blame to go around. From game-plan issues to execution, it was all rocky. That’s what often happens when a team misses the playoffs.

The belief is the issues aren’t too great to overcome, and recent conversations have supported that. Sources say all sides will continue to work on the relationships moving forward.

Logistically, a trade doesn’t make a lot sense. How could the Browns know they would upgrade at QB, while simultaneously trying to deal a QB in the final year of his contract who is also undergoing shoulder surgery that requires a four-month recovery? And how could Mayfield request a trade and find a team better equipped to win (Cleveland just made the playoffs last year and returns its core for 2022 with a defense that came together down the stretch), while undergoing extensive rehab for his shoulder?

With the Browns and Mayfield moving forward for 2022, it does set up the likely (and fairly rare) scenario of Mayfield playing out his rookie contract, sources say. If he plays well, Mayfield could follow the path of Kirk Cousins﻿, playing on franchise tag to franchise tag unless the sides can agree to an extension.

No doubt, this will be a large topic of discussion next season. But now, all signs point to Mayfield and the Browns continuing to move forward in the same direction.

January 9, 2022 NFL Comments Off on Browns plan to move forward with Baker Mayfield as their QB
NFL News