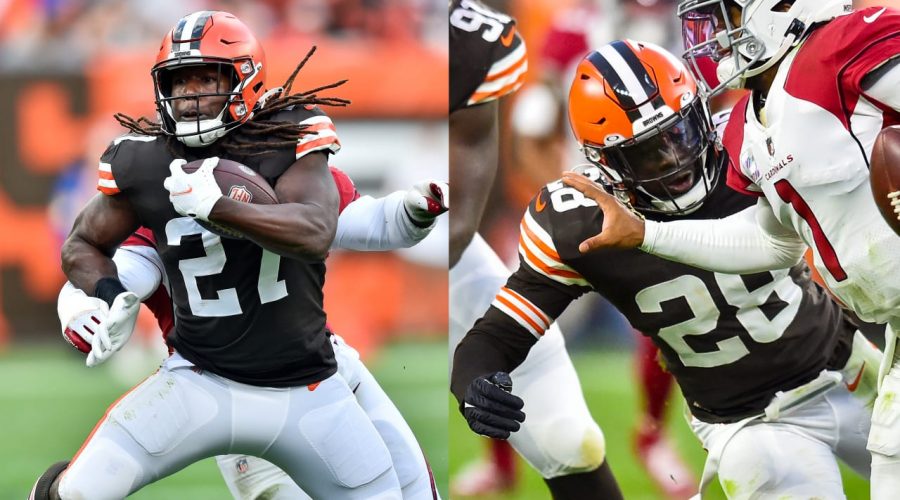 Halloween is still a couple of weeks away, but the Browns have already had enough scares for a year.

The bad news rolled into the team’s Berea headquarters on Monday following Cleveland’s 37-14 loss to the Arizona Cardinals, starting with a bleak timeline for running back Kareem Hunt. Coach Kevin Stefanski told reporters Hunt is “likely” headed to injured reserve with a calf injury that will force him to miss more than the minimum three weeks as required by IR rules.

NFL Network Insider Ian Rapoport reported the Browns expect Hunt to miss 4-6 weeks due to the injury, which Hunt suffered in the second half of Sunday’s blowout defeat.

Rookie standout ﻿Jeremiah Owusu-Koramoah﻿ (ankle) will also miss multiple weeks, per Stefanski, though he did not specify exactly how many. The linebacker suffered his right high-ankle sprain in the loss to Arizona.

Quarterback ﻿Baker Mayfield﻿ and receiver ﻿Odell Beckham﻿ have yet to receive official timelines for return following their shoulder injuries. Mayfield and Beckham both returned to action and played until it became clear the game was out of reach Sunday.

The Browns were already very banged-up entering Week 6 and were forced to play without both of their starting offensive tackles, star running back ﻿Nick Chubb﻿, receiver Jarvis ﻿Jarvis Landry﻿, linebacker Malcolm Smith and defensive tackle ﻿Andrew Billings﻿, among others. Sunday’s injuries only added insult to Cleveland’s current situation, and with a short week in front of them — the Browns play the Denver Broncos on Thursday night — the situation can’t get much worse from a health standpoint. Stefanski did not rule out Chubb during his Monday press session, adding the runner is progressing in his attempt to return from his own calf injury suffered in Cleveland’s 47-42 loss to the Los Angeles Chargers.

Cleveland will hope at least Mayfield and Beckham can suit up to face a Broncos team that has lost three straight games.