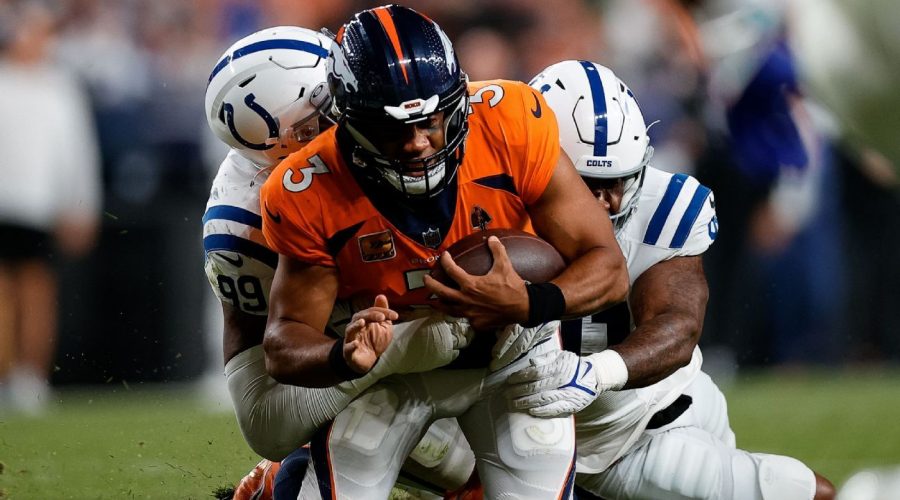 DENVER — Denver Broncos quarterback Russell Wilson was still preaching the gospel of opportunity and belief Thursday night, but in the wake of an ugly 12-9 overtime loss to the Indianapolis Colts in which he threw two interceptions, Wilson did not mince words on his play.

Wilson threw his second interception with just over two minutes to play in regulation when the Broncos had a chance to put the game away. And his errant throw on fourth-and-inches from the Colts’ 6-yard line in overtime, when he didn’t see an open KJ Hamler and tried to squeeze the ball in to Courtland Sutton instead, was the last play of the game.

The Broncos, Wilson and coach Nathaniel Hackett included, elected to go for the win with over two minutes left in overtime rather than get a first down and then have the chance to throw for a potential winning touchdown.

Wilson, who finished 21-of-39 passing for 274 yards with no touchdowns and the two interceptions, was out of sorts for much of the night. He was just 9-of-17 passing for 69 yards in the first half.

The Broncos’ red zone woes continued as they finished without a touchdown and have scored just two touchdowns in their three home games combined. They entered the night last in the league in red zone scoring and won’t climb the rankings any after Thursday.

Wilson threw both of his interceptions in the fourth quarter, both on plays that started inside Colts territory when points on either of those drives likely would have given the Broncos the win.

“We felt like we should have won that game. I felt like I let us down tonight,” Wilson said.

He added: “Lot of season left, lot of opportunity. [There is] so much good, but the bad is bad. We should have won that game. It’s on me.”

Wilson briefly spoke with a visibly upset Hamler after the game, and several of Wilson’s teammates also stopped to talk to Wilson as he sat in front of his locker, in full uniform, well over an hour after the game had ended.

“Got to finish, execute,” Hamler said of the offensive struggles. “We just got to execute better. Defense [is] fighting their ass off, and we just got to back them up better. I did everything I can. I fought my ass off. The offense fought its ass off.”

Wilson was checked for a concussion in the second half Thursday but cleared to return by the medical staff on site.

“I answered all of their questions and everything,” he said.

Wilson had also been listed on the Broncos’ injury report in the days leading up to the game with a right shoulder injury.

“It’s having these negative plays,” Wilson said. “That’s on us. That’s all on us as players. It starts with me. It’s not on coach Hackett, it’s not on anybody else.”

October 7, 2022 NFL Comments Off on Broncos’ Wilson on late INTs: ‘Let the team down’
NFL News