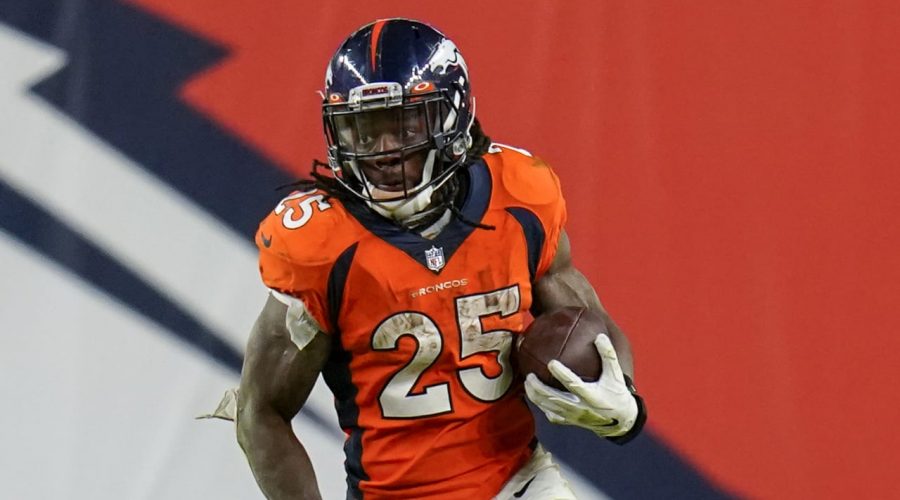 The Denver Broncos reside in an AFC West division that could prove the most hotly contested in football this season.

﻿Patrick Mahomes﻿’ Kansas City Chiefs have been to back-to-back Super Bowls. The Los Angeles Chargers have young quarterback ﻿Justin Herbert﻿ bolstering stars up and down the roster. The Las Vegas Raiders are in Year 4 of a rebuild with Jon Gruden. The Broncos sit with a playoff-caliber roster outside one glaring question at quarterback.

Denver running back ﻿Melvin Gordon﻿ joined NFL Network’s Good Morning Football on Wednesday and suggested the Broncos are flying under the radar.

“We definitely aren’t talked about enough, but it’s expected,” Gordon said. “If you don’t win as many games as you should, people don’t bring you up. It is what it is. But it’s better that way. It gives us a chip on our shoulder. We’re going to give them a reason to talk about us. I know everyone there is working with a mindset to go get it. We have a lot of leaders back, we have a lot of guys back, and hopefully, we stay away from the injury bug. But I think with our offense going up against our defense every day. We got the pieces.

“We’re young, but we can’t let that be an excuse. Everybody has suited up on game day, been out there, and had their reps, so we’re young, but we’re not going to let that be an excuse to not do what we need to do. If we got to be the youngest team to go out there and go get it, then that’s what we’re going to be. We have the leaders to go out there and do what we need to do. So, yeah, we’re overlooked. You got Patty Mahomes over there. Herbert went and had the season he had. Like you said, the Raiders, they got that dope stadium. So it’s easy for us to go overlooked. That just is what it is. We’re in a tough division. Our division has got a lot going on at this point in time. But (if) we go out there and win games, a lot of things can change quickly.”

The Broncos should boast one of the best young receiver corps with ﻿Courtland Sutton﻿ returning from injury and ﻿Jerry Jeudy﻿ and ﻿K.J. Hamler﻿ poised for Year 2 improvements. The backfield with Gordon and rookie ﻿Javonte Williams﻿ could be a force. The offensive line should be solid. The defense looks reloaded with the return of Von Miller from injury, drafting of ﻿Patrick Surtain II﻿ in the first round, and signing corner ﻿Kyle Fuller﻿.

All the pieces are in place in Denver to make a run back to the playoffs, save the QB question.

Gordon said since he’s not attending voluntary OTAs, he didn’t have intricate knowledge to comment on the competition between ﻿Drew Lock﻿ and ﻿Teddy Bridgewater﻿. Still, he’s ready to roll with whoever wins the battle.

The Kenosha, Wisc., native, and University of Wisconsin product was also asked about the ﻿Aaron Rodgers﻿ trade rumors in Denver. Gordon said he thinks the NFL MVP will remain in Green Bay.

June 9, 2021 NFL Comments Off on Broncos RB Melvin Gordon: 'It's easy for us to go overlooked' in AFC West
NFL News