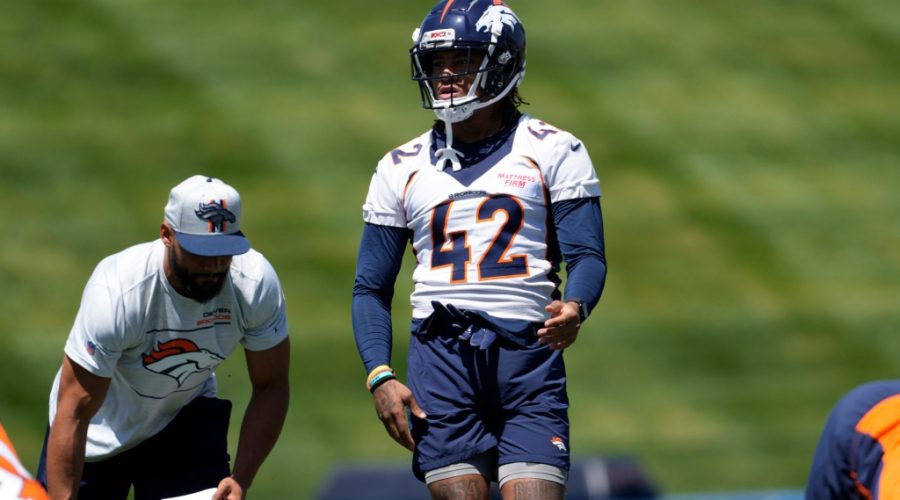 During his pre-draft visit to the Broncos last month, outside linebacker Nik Bonitto had a primary talking point.

The Broncos liked what they saw from Bonitto during his Oklahoma career and made him their initial draft pick (No. 64). Bonitto was one of 36 players participating in rookie camp practices Friday through Saturday.

“The ability to rush the passer (stood out on tape), the bend off the edge — this guy is a ready-made pass rusher,” defensive coordinator Ejiro Evero said. “Obviously, at this level, it’s going to get harder.”

“We have to get him better with his run techniques, but he’s a good player,” Evero said.

That will be the key for Bonitto to succeed in a rotational role: Can he play the run well enough at 240 pounds (by comparison, Bradley Chubb is 275) to be available on early downs? He will have training camp and the preseason games to show he can set and hold the edge.

“We know what he could do in college, but now he’s going to go against some better players and we’ll have to just continually develop him,” Hackett said.

Center first. Fifth-round pick Luke Wattenberg played one year at left tackle and two years apiece at left guard and center for Washington. He will eventually cross-train with the Broncos, but not this weekend.

“Center is the most demanding position on the line as far as just the communication aspect and seeing the whole big picture so he’ll probably start out there and we’ll move around and see how much he can handle,” offensive coordinator Justin Outten. “He did a really good job this camp of showing his ability to run off the ball.”

Wattenberg was the only offensive lineman drafted by the Broncos, which means right tackle remains a three-person competition (Billy Turner, Calvin Anderson and Tom Compton).

“I think we have rally good options at that position,” Outten said. “It’s a very competitive position. It’s a veteran position. There are three guys with Billy, Tom and Calvin — those guys can battle it out and I’m really excited to see how that position plays out.”

Schedule talk. All in all, the Broncos were delivered a fair schedule last Thursday. At least they didn’t have three consecutive road games or play consecutive games on the road.

Also, the Broncos face no opponents who will have their bye the previous week.

London plans. Hackett said the Broncos haven’t finalized their travel plans for the Oct. 30 game against Jacksonville in London.

“We want to see what those (players) are into,” Hackett said. “I know (quarterback) Russell (Wilson) went there a couple years ago (with Seattle) so (I’m) talking with him, giving him my experience and going through his experience and just trying to figure out what’s good for everybody.

“The idea is to get there and get acclimated as fast as you can, but at the same time, still be able to put together a solid game plan (to play the Jaguars).”

Footnotes. Sixth-round defensive end Matt Henningsen was unable to finish Saturday’s practice because of a calf strain. He got a cart ride from the outer practice field to the facility and limped inside. … Fifth-round receiver/returner Montrell Washington showed a great spirit during his post-practice media Q-and-A. Asked if his heartbeat has slowed down since being drafted, he said: “Actually, it’s still beating really fast. I’m taking things day by day and figuring everything out.” … Outten on third-round pick Greg Dulcich: “He looks like a tight end in the NFL. That’s the first impression.”