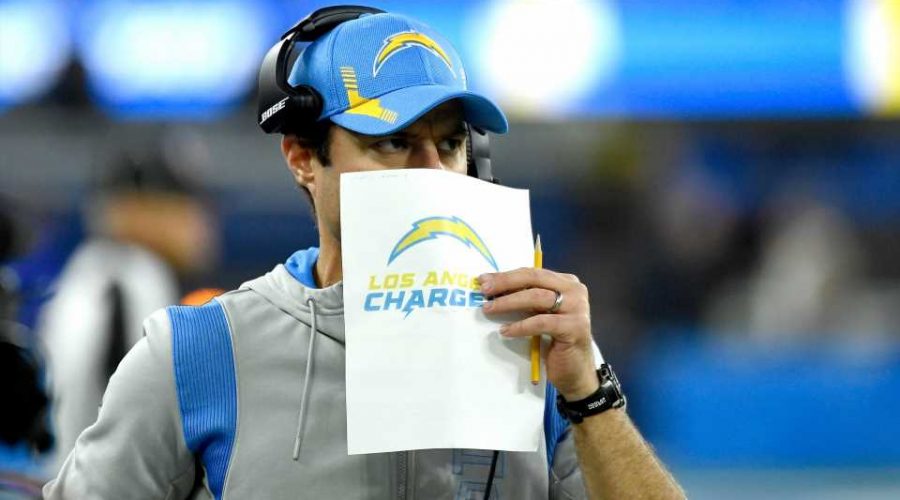 There is a possibility that when the Chargers and Raiders begin their Week 18 “Sunday Night Football” matchup a tie would get both teams into the playoffs. If the Jaguars beat the Colts and the Steelers beat the Ravens, all the two AFC West teams would have to do is finish the game in a tie to lock up the final two spots. Otherwise, winner moves on and loser goes home.

That scenario has led to speculation that the two sides could agree to just kneel for the entire game, wind down the 70 minutes of regulation and overtime and settle for both teams making the playoffs as the sixth- and seventh-seeded teams. Los Angeles coach Brandon Staley, however, said that’s not going to happen.

On The Rich Eisen Show, Staley said the whole thing was a “loaded scenario” and that everyone respects the game too much to allow that to happen.

“This game matters too much to too many people, and we want to play our best and be proud of the result one way or another,” Staley said. “We’re going to do everything we can to go win this game, and play the way we’re capable of playing. I hope all the fans and everybody who loves the NFL will be proud of the game on Sunday.”

NFL WEEK 18 PICKS: Straight up | Against the spread

Calling on the 2-14 Jaguars to beat the 9-7 Colts is a tall task, and a situation both teams involved would likely hope to avoid. Jacksonville is a loss away from locking up the No. 1 pick in the draft for the second straight year, while the Colts only need to win to guarantee entry into the playoffs. Last time the two faced off, however, it was a close game, with the Colts coming away with the 23-17 win. The Jaguars have given Indianapolis challenges as of late as they are 2-2 against the Colts and 2-27 against everyone else over their past 33 games.

Should Jacksonville collect the win, the Colts would fall to 9-8, while both the Raiders and Chargers currently sit at 9-7. If the AFC West rivals finish in a tie, they would be 9-7-1, giving them both a better record than the Colts. Even if the Steelers beat the Ravens to move to 9-7-1, the Chargers and Raiders both hold the tiebreaker over Pittsburgh to collect the final two wild-card spots.

The only wild-card spot currently sealed up is to the second-place finisher in the AFC East. Both the Bills and Patriots are 10-6, and no matter their respective outcomes on Sunday, both are playoff-bound.

A deliberate tie between the two sides, while sending both teams to the playoffs, would anger many in the football world. The Chargers and Raiders have been rivals dating back to 1960 when the two helped open up the AFL. The Raiders hold the all-time edge of 66-56-2, but the Chargers won most recently, defeating Las Vegas on Oct. 4, 2021.

Of course, even agreeing to such a scenario would be a gamble for either team. Whichever team is set to take the final kneel-down of the game could simply run a fake knee, air the ball out to an uncovered receiver and win the game, eliminating the AFC West foe from playoff contention.

If the Colts win on Sunday, the winner is guaranteed a spot into the playoffs and the other will be sent home. With a win, the Raiders would earn either the No. 5 or 6 spot in the AFC playoffs, landing in the former if either the Bills or Patriots lose on Sunday and the latter if both win. The Chargers could land as high as No. 6 if the Bills lose and the Patriots win the AFC East, but in any other scenario, would finish as the No. 7 team.

Las Vegas can reach the playoffs with a loss if both the Colts and Steelers lose.