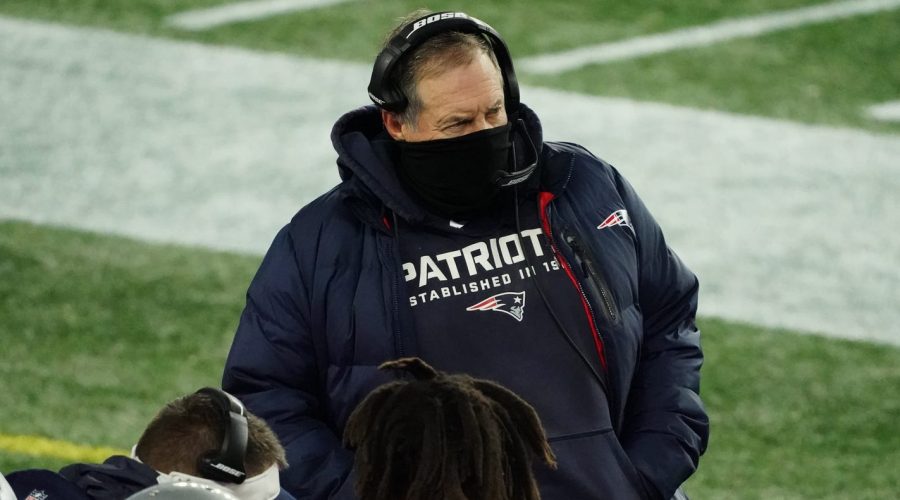 Bill Belichick isn’t in the playoffs this year but his name still popped up in the news on Sunday when a report from Politico stated that president Donald Trump plans to award the Patriots head coach with the Presidential Medal of Freedom this Thursday.

And here’s the deal – there’s just no humanly possible way that Belichick can accept this honor from the president. Not this week. Not this month. Not from this president who just a few days ago fired up an angry mob that attacked the Capitol in an act of domestic terrorism like we’ve never seen before.

This has nothing to do with politics but rather doing what’s right for our country. President Trump is trying to go about business as usual just days after that attack on the Capitol and it would be wrong for anyone with a spine or any love for our country to play along with that man as his final days in the Oval Office slowly tick away.

Business shouldn’t go on as usual in the White House until at least Jan. 20 when president-elect Joe Biden takes over, or possibly earlier depending if any impeachment hearings actually move forward.

The day after last week’s attack we saw Trump give out two Medal of Freedom awards to golfers Annika Sorenstam and Gary Player. Our friends at Golfweek correctly labeled that an embarrassment for the game of golf and something that shouldn’t have happened.

We’ve seen other athletes (from Tiger Woods to Babe Ruth) and celebrities receive the honor from Trump over the years, too.

Today, the president is scheduled to hand out two more Medal of Freedom awards to political allies Jim Jordan and Devin Nunes.

It’s clear that this once very highly respected honor is now being handed out like free drink tickets at an open bar and it just shouldn’t be that way – at all.

Belichick, who is a big history buff and grew up in a military family, has to be able to see how poorly it would look for him to accept this honor right now from a man who just days ago turned Americans on Americans in such an awful way. And when I say a military family, the man basically grew up at the Naval Academy and completely immersed himself into the workings of the Navy and how important our military is to our nation.

Belichick also has to understand how badly this would look to the members of his team, who he has stood up for many times over the years, but especially over the past year. Just a few weeks ago he spoke about the importance of the social justice meetings and work his team has done over the past six months.

You can’t say that and then a few weeks later let Trump put a medal around your neck.

Belichick also should look at how the PGA of America voted Sunday night to move the 2022 PGA Championship from one of Trump’s golf courses.

Many people and organizations are rightly stepping back from the president in the days after the attack on the Capitol. This isn’t the time to be going toward him, unless that’s how you want to be remembered.

Accepting this honor from the president would immediately demolish any credibility Belichick has built with his players and would tarnish his image unlike anything he’s ever done while in charge of the Patriots’ organization.

And for those reasons he must say no thank you to Trump. Just like over 81 million people did in the election back in November.

– The Bears-Saints game had a special broadcast on Nickelodeon on Sunday and NFL fans absolutely loved it.

– The announcers on that Nickelodeon broadcast had a classic reaction to having a F-bomb being heard.

– Speaking of Bears-Saints, Chicago didn’t attempt an extra point after a TD at the buzzer and that proved to be a horrible beat for bettors.

– Charles McDonald looks at how a cowardly punt by the Titans led to the end of their season Sunday against the Ravens.

– NBC showed a graphic of Tom Brady and George Blanda at 43 years old during Saturday night’s Bucs-Washington game and NFL fans had so many jokes.