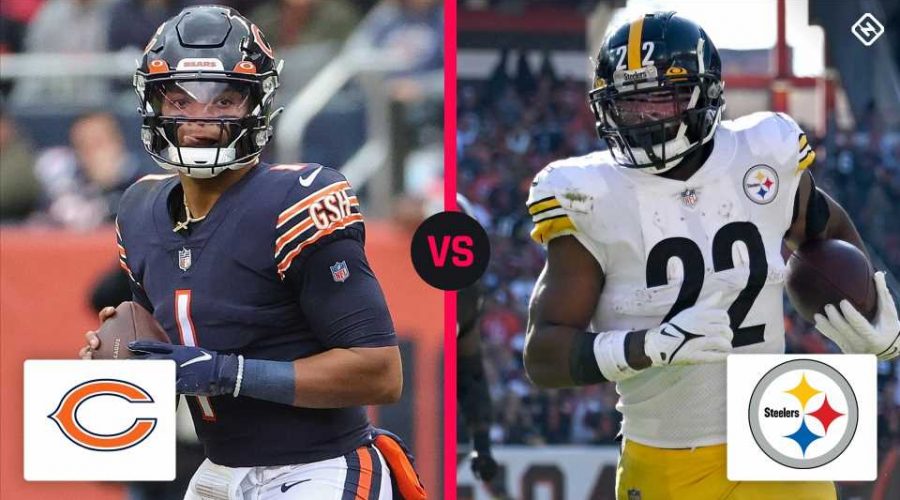 When the Bears (3-5) travel to Heinz Field to take on the Steelers (4-3) to close NFL Week 9 on “Monday Night Football” (8:15 p.m. ET, ESPN), they will try to keep their NFC playoff hopes from further fading against surging  AFC North opponents. The Steelers have a chance to repeat in their division because of defense and the running game.

The Steelers have been powered a lot offensively by rookie running back Najee Harris, their first-round pick. Bears rookie first-round quarterback Justin Fields has struggled passing despite flashing and doing more as a runner of late.

Pittsburgh is better positioned to win an ugly, low-scoring game than Chicago as the road team will be without two key defenders, edge rusher Khalil Mack and safety Eddie Jackson.

Here’s everything to know about betting on Bears vs. Steelers in Week 9, including updated odds, trends and our expert’s prediction for “Monday Night Football.”

The Steelers have been hovering around touchdown-favorite status all week. They are coming off a big upset win on the road over the Browns while the Bears stumbled at home vs. the 49ers in Week 8. Fields vs. the Steelers’ defense is a big reason for the solid number.

—70 percent of spread bettors think the Bears will keep it close enough to cover the substantial number against them.

—57 percent of over/under bettors think the point total is a too low being under 40 points, even when factoring the limitations of both offenses.

Will the Bears take a page of what the Ravens’ Lamar Jackson has done against the Steelers and keep unleashing him as a runner? It would be a welcome wrinkle to keep with offensive-minded coach Matt Nagy returning to his usual sideline post. Fields’ extending plays and making plays when they break down because of the Steelers’ pressure is the key to a Chicago upset.

The Bears have a budding young shutdown cornerback in Jaylon Johnson. But on any given pass route in this game, he can cover only one wideout between go-to guy Diontae Johnson and dangerous big-play threat Chase Claypool. Ben Roethlisberger gets a pass-rush and coverage break with no Mack and Jackson, but he must be wary of Johnson when he’s on Johnson or Claypool

Who will stop T.J. Watt?

Between starting offensive tackles Jason Peters and Larry Borom, the Bears have given up 5 of their 30 sacks. That’s the league-high total, unfortunately, in front of Andy Dalton and then Fields. Watt, rushing the passer from the weak side, has 8 sacks in the Steelers’ first seven games. The Bears need to keep him away from Fields as much as possible to have a chance.

124.0. That’s how many averaging rushing yards per game the Bears’ defense were giving up going into Week 9, ranking them only No. 24 against the run in the NFL. They have been weakened up front and the Steelers’ offensive line has played better of late. Don’t expect the Steelers to deviate much from feeding Harris often between and around the tackles.

The Bears’ offense seems a bit overmatched here with the inexperienced Fields going into a hostile situation facing loud Terrible Towel-swinging fans supporting an emotionally charged Steelers defense. The Bears’ defense has the wrong major weakness against the run which matches the Steelers wanting to run and pound this game away with Harris.