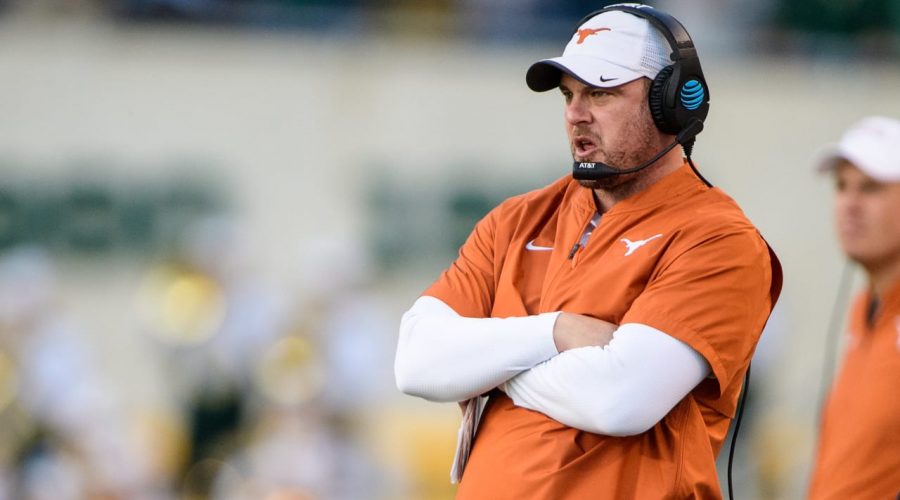 Tom Herman has cracked the NFL coaching ranks with a unique title.

The former University of Texas and University of Houston head coach has joined the Bears as an offensive analyst and special projects assistant, the team announced on Monday.

The latter portion of Herman’s title makes his hiring an interesting one. “Special projects” tends to be an adjective used for a manager’s title in an office building, not an NFL club’s headquarters on its coaching staff, but considering how the Bears’ offense fared for most of 2020, they could use a special project or two.

Herman made head-coaching stops at Houston, where he turned around the Cougars’ program in short time, leading it to a 13-1 finish and an American Athletic Conference title in his first season. After a slight step backward in the following season, Herman jumped to his alma mater of Texas, where he led the Longhorns to an appearance in the Big 12 title game and a Sugar Bowl win over Georgia. He was fired following a 7-3 finish in 2020, exiting Texas with a 22-13 record.

His offensive success stretches back to his time at Texas State, Rice, Iowa State and finally, Ohio State, where his name became prominent and led to his hiring at Houston.

The Bears need an injection of new thinking after finishing 26th in yards per game and in the bottom half of the league in points per game (23.3). The Bears might also be at a crossroads under center, and another set of eyes and way of thinking could assist Chicago’s attempts to turn its offense around in 2021.