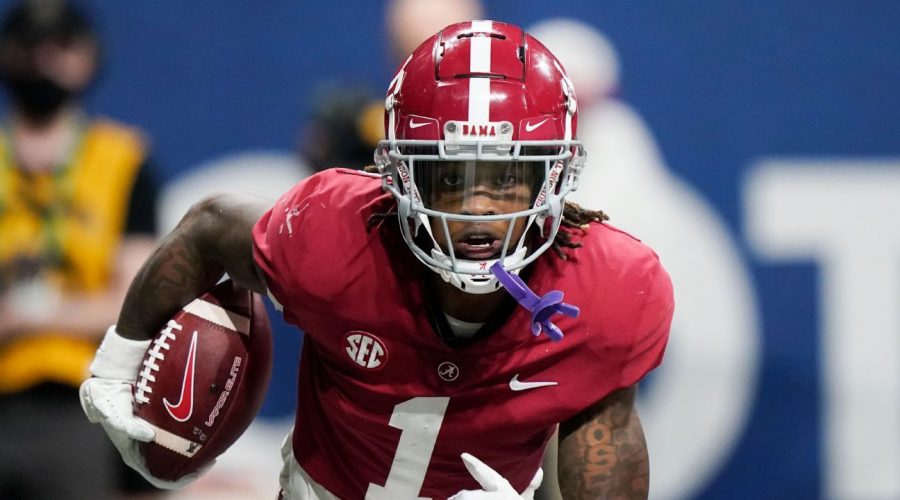 Alabama star wide receiver Jameson Williams will forgo his senior season and enter the NFL draft, he announced on Thursday.

A speedy All-American who transferred to Alabama from Ohio State, Williams led the SEC in receiving yards (1.572) and touchdowns (15) this season.

ESPN’s Mel Kiper Jr. lists Williams as the No. 1 draft-eligible receiver and sixth-best prospect regardless of position.

Complicating Williams’ draft standing is an injury he suffered against Georgia in the College Football Playoff National Championship game on Monday.

Doctors believe that once surgery is completed within the next week, Williams will retain his sub-4.3 speed, and they expect a full recovery, the sources said.

Williams wasn’t the only Alabama player to declare for the draft on Thursday.

Defensive tackle Phidarian Mathis, a top-10 prospect at his position according to Kiper, declared for the draft on Wednesday.

Metchie led Alabama in receptions (96) and is Kiper’s No. 8-rated receiver.