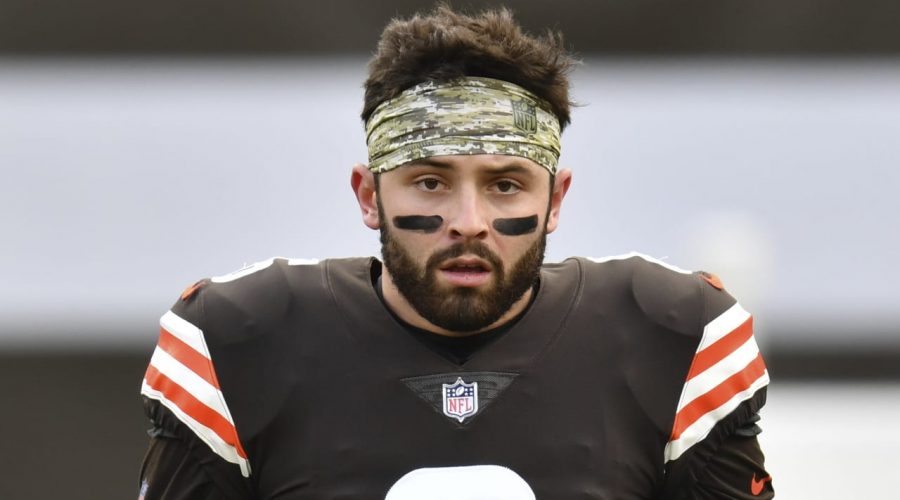 Cleveland Browns quarterback ﻿Baker Mayfield﻿ is one of a trio of 2018 first-round signal-callers in line for a contract extension along with Buffalo Bills’ ﻿Josh Allen﻿ and Baltimore Ravens’ ﻿Lamar Jackson﻿.

While Mayfield noted earlier this offseason he was in no rush to get a deal done, the QB’s agent, Jack Mills, told Tony Grossi of TheLandOnDemand.com that he’s not planning to wait out the other two QB deals.

“We’re not going to be dragging it out,” Mills told Grossi. “I think there’s been enough contracts done for quarterbacks lately that give us a pretty good idea of what the market is. And, of course, we know that the [salary] cap isn’t going up this year but it’s going up next year and next. We pretty much know what’s coming on down the road and what’s been done. We don’t have any particular reluctance about doing a deal.”

Each of the QBs is eligible for a massive extension that would vault them among the highest-paid players in the league. The thinking goes that after one signs, the others will leapfrog that QB in the pecking order.

The Browns picked up Mayfield’s fifth-year option for 2022, which is fully guaranteed, locking him in for at least the next two seasons. Cleveland then has the leverage of the franchise tag it could use the next two years if a deal isn’t done prior. That’s four seasons the Browns could control the QB without a long-term deal.

Mills told Grossi there have been general discussions about a new deal for Mayfield.

“But I think something will be done this summer,” Mills said. “As far as trying to get a deal done, I don’t know if it’ll get done. It’s something that would be pretty much in the team’s control.”

Most offseasons, huge extensions come down in the weeks between the end of the workout period and training camp. We’re in the middle of that window now, so it’s possible we could see big deals get done in the coming month.

July 3, 2021 NFL Comments Off on Baker Mayfield’s agent on contract extension: 'I think something will be done this summer'
NFL News