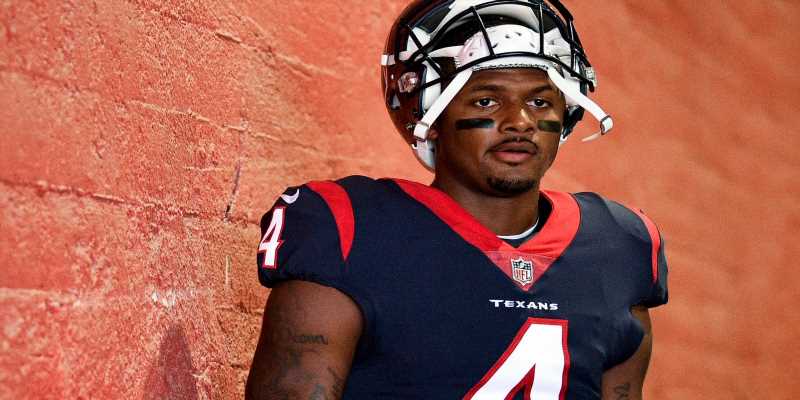 Houston-based attorney Tony Buzbee said in a news conference Friday that his firm is now representing 12 women who have made allegations of sexual misconduct or assault against Houston Texans quarterback Deshaun Watson – and communicating with "more than 10" others.

Seven of the women have already filed civil lawsuits against Watson in Harris County District Court, and Buzbee said five others are in the works. He added that none of his clients – most of whom are female massage therapists – have reported the alleged incidents to police, but "that’s going to be our next step."

"It is our intention for the clients that are willing to do so to put together a package and submit it to the Houston Police Department, of the information that we have," Buzbee said, adding that some of the women might choose not to file a police report.

Deshaun Watson broadly denied any wrongdoing in a statement posted on social media before the first lawsuit was filed against him Tuesday night. (Photo: The Associated Press)

Watson's attorney, Rusty Hardin, said in a statement Friday that he is "extremely proud" to represent the Texans quarterback against "what we believe are meritless allegations."

"However, we will wait to comment in detail until we’ve completed our review of the numerous, evolving allegations from Mr. Buzbee," Hardin said. "We will respond next week and ask you to keep an open mind until we do so."

WATSON'S IMAGE: Allegations against Deshaun Watson in stark contrast to his NFL image

Watson, 25, broadly denied any wrongdoing in a statement posted on social media before the first lawsuit was filed against him Tuesday night. He wrote, in part, that "I have never treated any woman with anything other than the utmost respect."

The NFL confirmed Thursday that it is investigating the matter under its personal conduct policy. Buzbee said his clients will cooperate with the league's investigation "to the extent that we can do so," due to the pending civil litigation.

In the seven lawsuits that had been filed against Watson as of Friday, seven women claim that he exposed himself to them or touched them with his genitals during separate massage sessions between March 30 and Dec. 28. One also alleges that Watson forced her to perform oral sex, while another alleges that he kissed her without consent.

The alleged incidents occurred at a variety of unspecified locations in the Houston area, according to the complaints, including at offices and spas. None of the women are named in the complaints, though several are described as licensed massage therapists or business owners.

Buzbee said Friday that he had been in touch with a member of the Houston Police Department about the alleged incidents, though the department said in a statement that it was unaware of any such contact.

"No incident reports regarding these allegations have been filed in our jurisdiction," the department said.