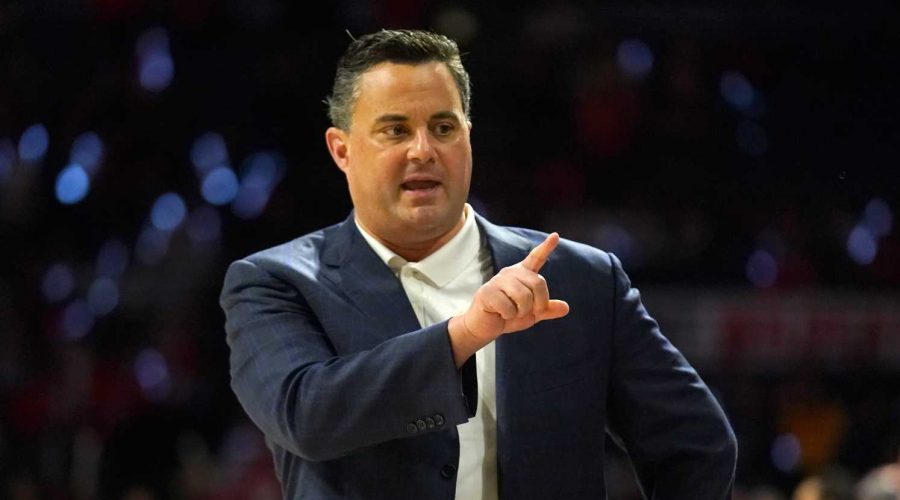 Arizona is parting with men's basketball coach Sean Miller after his 12 seasons at the school, a person with knowledge of the situation confirmed to USA TODAY Sports.

The person requested anonymity because of not being able to speak publicly about the matter.

Miller led the Wildcats to the NCAA Tournament in seven of his first nine seasons at the school, including three appearances in the Elite Eight.

However, Arizona was implicated in an FBI investigation into recruiting corruption in college basketball that became public in 2017. Former assistant coach Emmanuel Richardson pleaded guilty to a bribery charge and served three months in federal prison for his role in the case.

Arizona received a notice of allegations from the NCAA the accused the school of five Level I violations which includes multiple allegations of academic misconduct, a bribery scheme and the cover-up of a loan.

Miller was charged with failing to promote compliance. The notice of allegations says Miller, as head coach, is presumed responsible for five of the allegations and "did not demonstrate that he promoted an atmosphere for compliance and monitored his staff within the basketball program."

The Wildcats self-imposed a postseason ban this season as it awaits a ruling from the Independent Accountability Resolution Process of the NCAA that is overseeing the case.

Miller had one year left on his contract and his future with the school was uncertain before the parting.

“I’m not sure what the timing is going to be but we hope as soon as possible that we can get past this as a university, that Coach Miller, his family and his basketball program can move forward,” Robbins said. “You know, he’s out there recruiting. I think signing day is coming up soon. We’ve got a really good team. They’re young. And we’re eager to move forward and get the final chapter of this now almost four-year saga over. But Coach Miller is our coach.”

Miller finishes his career at Arizona with a 302-109 record. He previous coached five seasons at Xavier, where he took the Musketeers to four tournaments.