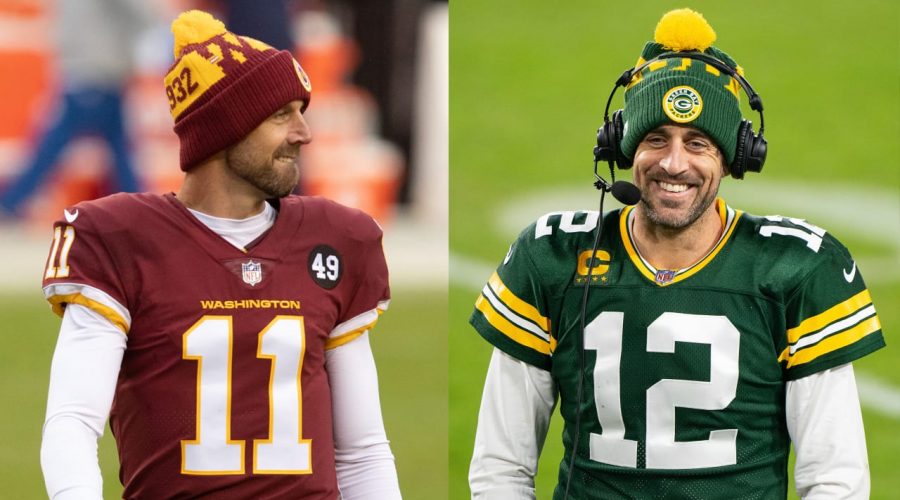 Alex Smith and Aaron Rodgers are forever linked as first-round picks in the 2005 NFL Draft.

Smith, who recently retired after 16 years playing for three franchises, defended his draft-mate in a squabble with the Green Bay Packers during an interview with Jori Epstein of USA TODAY Sports.

“Clearly it’s not an ideal situation and not what it should be,” Smith told Epstein this week. “I think he’s due a certain level of communication and certain level of respect beyond the average player. And I don’t think that’s asking a whole lot just to communicate.

“Clearly that didn’t happen over the last couple years.”

Smith knows a thing or two about being put in an awkward situation. Both the 49ers and Chiefs drafted his replacement while he was still on the roster. The situations differ between Rodgers and Smith greatly, however, as the former is coming off an MVP season.

Smith believes that Rodgers’ sterling play for more than a decade should count for more commitment from the organization.

“Here’s a guy who’s given 16 years to an organization, he’s been through a lot of changes there as well, he’s coming off maybe one of the greatest quarterback seasons ever, still playing at an incredibly high level,” Smith said. “You rewind to a year ago and all the talk was: ‘Is Aaron done? Is he on the decline? Yada yada yada.’ He played right through that. They’ve been on the doorstep of the Super Bowl the last couple years. So I think it’s hard.

“The way people have been treated, he’s come out and said as much. So I think that’s important in any business — not just football, but in any business and especially team sport, it’s important how you treat people. Really, I think it hasn’t been ideal there. Hopefully, they can get it figured out.”

With Rodgers mainly staying silent outside of a few passive-aggressive comments, it’s unclear what exactly it would take to resolve the conflict between the QB and Packers. We might not know until training camp kicks off in late July.