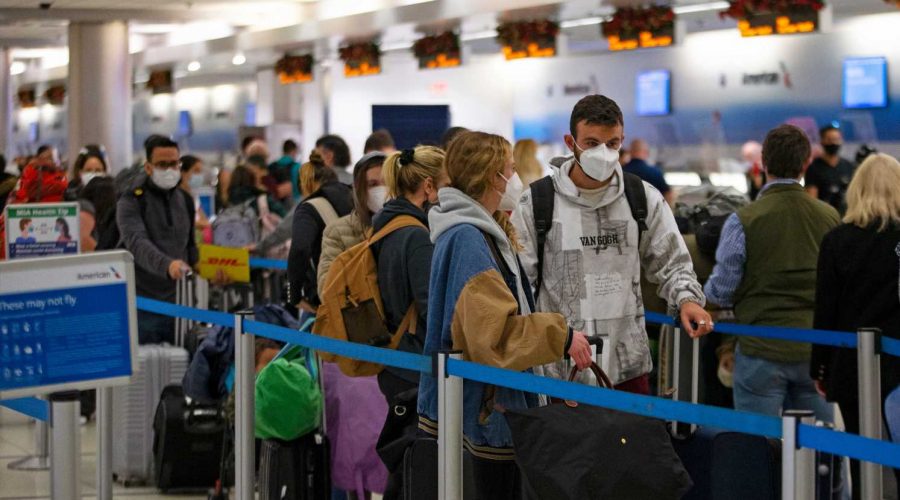 Hard Rock Stadium in metro Miami has become a strange scene to behold this week during a state surge of COVID-19.

On Friday, long lines of cars waited at the stadium to get vaccinations for residents who are 65 and older — a reminder that a deadly virus is on the loose and reached record levels Thursday in Florida.

On Monday, the same stadium is scheduled to host a limited crowd of about 14,000 people for the college football national championship game between Alabama and Ohio State — a sign of normality and revelry after 10 months of the pandemic.

So which is it — a time for tourism or an atmosphere of increased emergency?

In Florida, it’s both apparently. And that’s not good, according to public health experts.

“We’re seeing a pretty substantial increase in the number of cases in Miami-Dade County,” Florida International University epidemiologist Mary Jo Trepka told USA TODAY Sports on Friday. “The last three days we’ve had over 3,000 cases a day, and we’re over 10% positivity. There is a lot of COVID-19 in the community, not just Miami-Dade but Florida in general. So if anyone is making a decision to come and travel, they need to know about that and they really need to think carefully about that, because there’s just an awful lot of COVID-19 right now.”

BUCKEYES: Can Ohio State coach Ryan Day rise to the moment vs. Alabama?

On Thursday, the state reported a single-day record of 19,816 cases of COVID-19. The epicenter is Miami-Dade County, which leads the state with 4,365 deaths as of Saturday, according to the Florida Department of Health.

But tourists don’t seem to mind. Last Sunday, Miami International Airport said it welcomed nearly 90,000 travelers, marking the busiest travel day at the airport since the pandemic began. More were expected over the weekend in part because of the game Monday.

Add that to the arrival of fans from Alabama and Ohio State, whose football team might be missing some players because of COVID-19 issues in Ohio.

“This entire college football season has been a balancing act and the championship game will be one too,” College Football Playoff executive director Bill Hancock said in an e-mail Friday to USA TODAY Sports. “Fans, administrators and students have lived for almost a full year balancing how much of their normal routines they can carry out while protecting themselves and others against COVID.”

Alabama arrived in the area Saturday morning and Ohio State's flight landed Saturday evening. The teams are following the coronavirus protocols they have all year, per their individual conference rules.

The stadium had been a COVID-19 testing site for months and was announced as a vaccination site Wednesday by Florida Gov. Ron DeSantis. Demand for the vaccine soon outpaced supply, forcing the county vaccination hotline to tell callers to call back later to schedule an appointment.

It’s not clear how the game will affect vaccination appointments at the stadium site.

"I don't think it means you need to shut it down," DeSantis said Wednesday. "Maybe it'll close a little early, but I think you can still do it, even on that day."

DeSantis has employed a policy of keeping the state open for business despite the pandemic, in contrast to other states such as California, which has not allowed fans at stadiums for months.

Families of the teams understandably don’t want to miss an event like this in person.

People have been seen partying and socializing in and around Miami without masks during the pandemic, including during the latest spike in cases. (Photo: Chandan Khanna, AFP via Getty Images)

Hancock said the game will be conducted in a manner that “protects health and safety to the greatest degree possible.”

“We are confident that Hard Rock Stadium will be able to carry out its responsibilities to its community, consistent with how they have handled Dolphins and Miami Hurricanes games, as well as the Orange Bowl, where alternative testing sites were available during game day,” he said.

Even if attendance is limited and fans wear masks in an outdoor stadium, such events still tend to promote tourism and attract gatherings at restaurants, hotels and homes. Trepka, the professor at FIU, recommends avoiding social gatherings.

“In a large arena, there’s still an element of risk with a large number of people,” Trepka said. “I don’t think anybody has been able to fully investigate the transmission (possibilities) for many things because the whole system has been so overwhelmed since March that we don’t really know a lot about all the different possibilities for transmission. I think we can feel comfortable that being outdoors is safer than being indoors, but I can’t tell you to what extent.”

She also cautioned that the arrival of a vaccine does not mean the pandemic is even close to being over. Only a small percentage of the population has received the first of two necessary injections.

“I keep telling people we are in the midst of a surge and we have very high levels,” Trepka said. “We are actually kind of similar in terms of our case numbers compared to what we had in the summer, which was a very difficult time period. … So I tell people they should not be going to large gatherings. I know some people will make that decision, but they need to understand that they are potentially putting themselves at risk and potentially putting other people at risk including their family members when they return.”