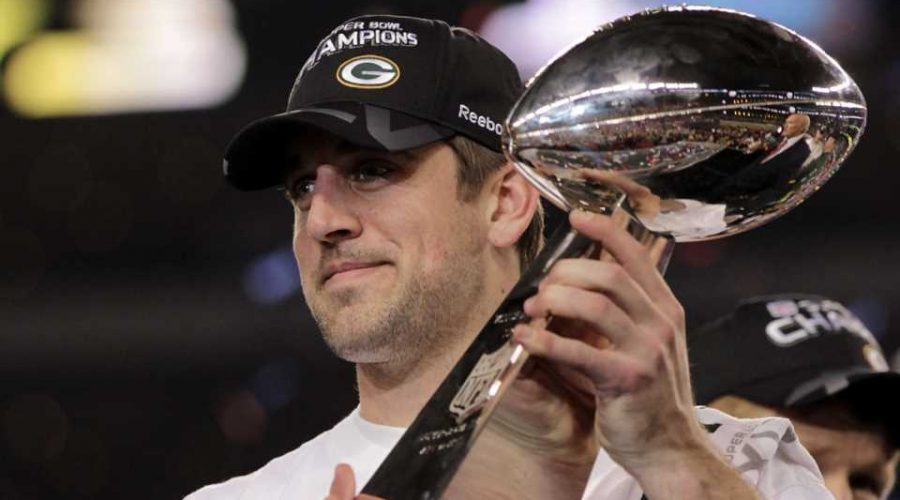 This Packers quarterback wants to be the next “Jeopardy!” host: Who is Aaron Rodgers?

Rodgers, “Jeopardy!” superfan and NFL superstar, is guest hosting hosting the long-running game show through April 16, with his debut episode airing on April 5.

While Rodgers has been candid on the uncertainty of his future with the Packers, one thing that he seems pretty interested in is calling audibles — on the field and, maybe, in ventures off the field. On Tuesday’s “Good Morning Football,” Rodgers explained that he wants to continue playing football, but is very serious about wanting to host “Jeopardy!” as well.

Rodgers said that “there’s something interesting about walking away (from football) at the height,” but that he still has the passion and fire to continue playing.

Rodgers wouldn’t close the door on the idea of hosting the show permanently, however:

“At the same time, I feel like I can host ‘Jeopardy!, and I’d love to,” Rodgers said. “I feel like I can bring something different to the show — I was the youngest guest host. And there’s a different audience that I could bring along with it, hopefully the numbers show it in the next two weeks. …

“I feel like I could do both (play football and host), which would be a lot of fun and a great challenge,” Rodgers said.

NFL Network’s Peter Schrager said that Rodgers would plan to do the show in February, March, April and June and then be ready for training camp come July.

Rodgers’ debut as guest host received acclaim from social media and network execs alike, with the reigning NFL MVP getting to live out (another) dream.

We’ve seen two-sport athletes work in the past, so why not Rodgers?

April 6, 2021 NFL Comments Off on Aaron Rodgers wants to host ‘Jeopardy!’ and play for the Packers — at the same time
NFL News