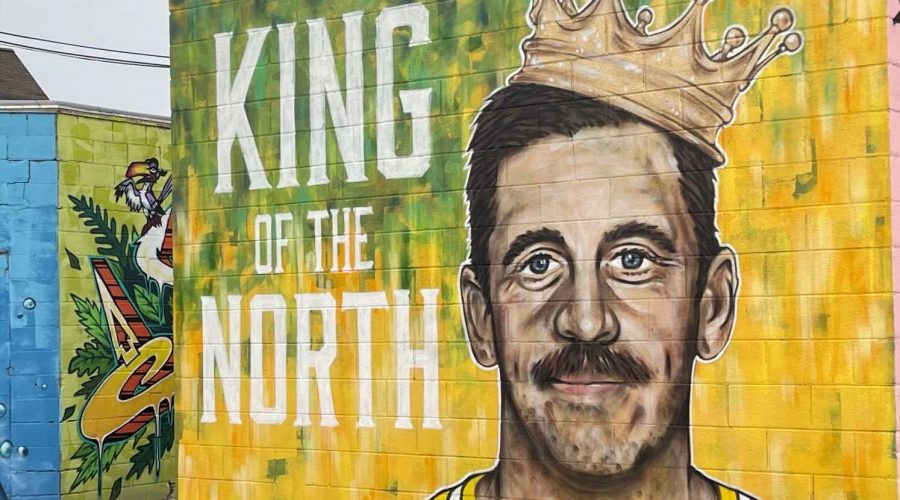 The Green Bay Packers vs. Aaron Rodgers standoff has added another layer.

Rodgers has no desire to return to the Packers if general manager Brian Gutekunst remains in charge of the team, Yahoo Sports reported Saturday afternoon, citing a person with knowledge of the situation in Rodgers' camp.

The Super Bowl champion and three-time league MVP is also weighing options that range from not showing up for offseason activities to retirement, Yahoo also reported.

Rodgers informed the Packers he wanted out by Thursday evening, when ESPN first reported the news — and hours before the first round of the 2021 NFL draft. The Packers, through a statement from CEO Mark Murphy on Saturday, said they were committed to Rodgers in 2021.

But the quarterback has made it clear he wants a contract extension. Reports have indicated the Packers were willing to restructure his deal; Rodgers' current contract has no guaranteed money beyond 2021.

In a move Rodgers viewed as somewhat of a slight last year, Green Bay spent its first-round pick on former Utah State quarterback Jordan Love, who had essentially been tabbed as Rodgers' successor.

Of course, Rodgers went on to win the MVP and the Packers fell in the NFC Championship game to the Tampa Bay Buccaneers.

It's been an eventful offseason for the 37-year-old. His two-week stint as a guest host on "Jeopardy!" received mostly rave reviews, and he has not been shy about his desire to become the full-time host — a job he maintains he could do on top of being an NFL quarterback.

He and actress Shailene Woodley announced their engagement in February.