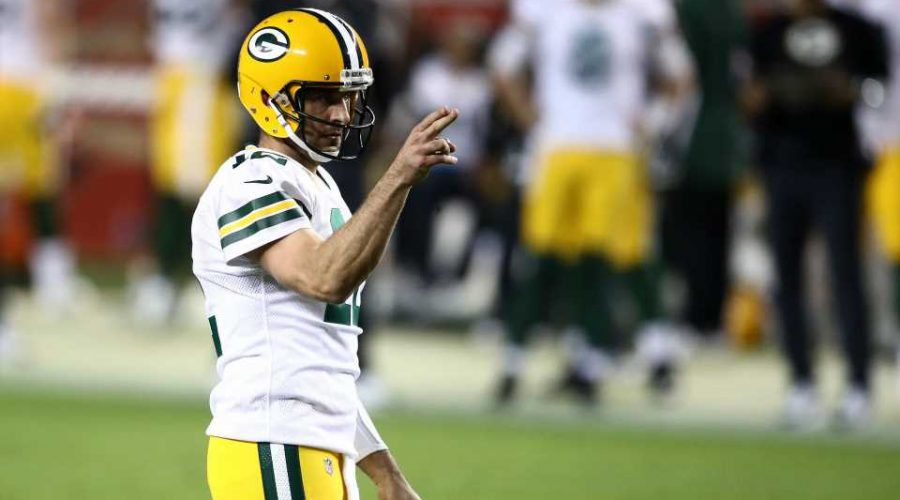 Aaron Rodgers reportedly has played his last snap with the Packers amid turmoil between he and the Green Bay front office, with trade rumors bubbling up on the first day of the 2021 NFL Draft.

While original reports suggested that Rodgers would be pleased with a trade to one of three teams — the Broncos, 49ers and Raiders — ESPN’s Jeremy Fowler reports that the interest is mutual (via Bleacher Report):

He is reportedly intrigued by the Raiders as well, so they have to be on this list. They’re happy with Derek Carr; nothing’s going on right now, and they very well could extend Derek Carr sometime soon. But the Raiders look into every single quarterback situation. … They looked at past free agents or trade options. So, Jon Gruden is sort of always lurking. You can’t discount them.

After selecting Trey Lance No. 3 overall, the 49ers would seemingly be out of the Rodgers sweepstakes, while the Broncos rostering both Teddy Bridgewater and Drew Lock likely wouldn’t inhibit a trade.

The Raiders make a compelling landing spot for Rodgers, with a decent offensive supporting cast featuring Josh Jacobs, Darren Waller and Henry Ruggs, but comparing that to the Packers’ offensive situation is essentially a wash.

Rodgers reportedly wants Packers GM Brian Gutekunst fired, while the team has been steadfast in its support of not trading the disgruntled quarterback.

With the NFL Draft come and gone, any compensation for Rodgers would include players and future picks, making for interesting trade scenarios.

For now, though, Rodgers is still a Packer. That could still change in the coming months.