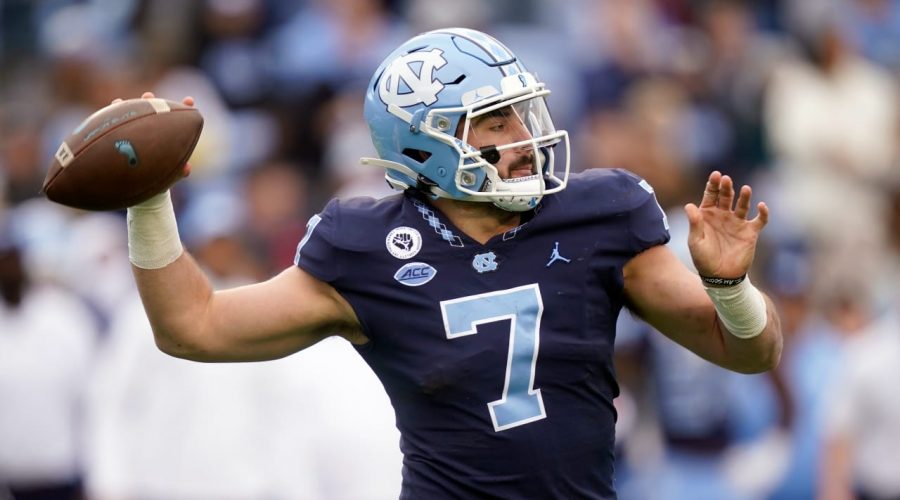 While it’s often said that “the tape doesn’t lie,” college football games do not always paint a complete picture of a player’s NFL future.

The week of practices and game at the Reese’s Senior Bowl (Feb. 5 at 2:30 p.m. ET on NFL Network) presents an excellent opportunity for top prospects to convince NFL general managers, coaches and scouts they have potential exceeding what was captured by cameras on Saturdays.

Talented prospects don’t always have many (or any, in some cases) other future pro players as teammates (or as opposition), especially in the case of those coming from outside the Power Five conferences. Their college coaches might also ask those prospects to fill a role, or play in a scheme, that doesn’t maximize their potential for the next level.

Listening to, and implementing, direction from NFL coaching staffs during Senior Bowl week can make a huge difference for these prospects. Positive off-field interactions during the week in Mobile, Ala., also provide a good first impression to general managers and coaches.

With that in mind, I believe the following 10 Senior Bowl participants will improve their draft status during Senior Bowl week by exhibiting their full football skill sets, heeding their coaches’ instruction and taking advantage of the top-notch talent around them. The prospects are listed in their projected order of selection in the 2022 NFL Draft (April 28-30 in Las Vegas).

I expect Howell to make a big move up draft boards after impressing during Senior Bowl practices (and the NFL Scouting Combine in March) with the velocity of his passes and the majestic arc of his deep throws. Give Howell a day or two to get on the same page with his new receivers in Mobile, and he will look as accurate as he did throwing to Dyami Brown and Dazz Newsome during the 2020 college football season. Watch for him to throw from different arm angles and run with determination (828 yards and 11 touchdowns on the ground in 2021!) when the opportunity arises. There’s no doubt in my mind that UNC’s all-time leading passer will make a strong first impression on the Lions, who have two first-round picks this year, a need for a long-term answer at QB and will be coaching Howell at the all-star game.

A hand injury ended Domann’s season in November, but barring any setbacks in his recovery, he should excel in Mobile. He handled coverage duties against running backs and slot receivers for the Huskers, utilizing his short-area quickness and showing a willingness to fight through the catch. I expect that part of his game to shine during practices, which might lead some teams to project him at safety while others will view him as a linebacker. Though Domann did not play a lot of snaps inside for the Huskers, teams valuing athleticism, instincts and physicality over size could see him as a fit for any linebacker spot in their scheme.

Cincinnati head coach Luke Fickell told the Move the Sticks Podcast that the Bearcats utilized Sanders in a way that “might not have been to his exact strengths,” requiring him to regularly play the 4i and five-technique spots. Though he acquitted himself well in those situations, Sanders will show scouts in Mobile that he will be a better stand-up rusher at the next level, using his strong get-off after the snap to make plays. Displaying more consistent bend off the edge will also help Sanders make a jump on draft boards.

Joseph was flying a bit under the radar coming into the 2021 season, as he made just two starts in his first three years with the Illini. The strong hands and speed he showed this past season opened eyes across the league and earned him a spot on the Senior Bowl roster. Joseph’s range and ball skills helped him make five interceptions in his final collegiate season and will be evident during practices. His secure tackling in the back end during the game will convince scouts he can be a reliable single-high defender at the next level.

Watson made three catches early in North Dakota State’s FCS championship game win over Montana State using his pro-caliber 6-foot-5 frame, speed and body control to complement the team’s power running scheme. He had missed the previous three playoff games with a hamstring injury and NDSU only averaged 17 pass attempts per game this season, so he stood out despite a relative lack of opportunities. I expect he will stride past defenders after the catch and track the ball over either shoulder, go over the top of smaller corners on jump balls and look smooth as a runner on jet sweeps to boost his draft stock in Mobile.

Jones’ combination of size and quickness will be a test for offensive linemen in one-on-one drills. He also possesses power with a 6-5, 330-pound build that can overwhelm unprepared guards and centers. It’s a dangerous combination that will entice teams looking for an athletic big man to bolster their front line.

Pierce was severely underutilized with the Gators (374 touches in four seasons). He’ll flash quickness and strong cuts during the week of practices, but his real value will be seen during the game, where he can take advantage of his pad level and physical running style to punish defenders. The NFL wants rookie backs to make a difference as quickly as possible and Pierce has the tools to do just that.

Ferguson is being overlooked by a lot of folks right now, but I don’t think that will last past the proceedings in Mobile. He might not run a 4.4 40-yard dash at the NFL Scouting Combine, but neither did guys like Zach Ertz (4.76) or T.J. Hockenson (4.70). Ferguson will catch everything in sight during practices, look smooth in his routes and show tenacity as a blocker. When he wins over linebackers and safeties down the seam and in the red zone, people will start putting top-100 grades next to his name.

McCollum (listed at 6-foot-4, 200 pounds) possesses ideal size for an outside corner. I think his fluid movement and good ball skills will play well during drills and in man coverage during 11-on-11s. McCollum is not contact-shy, either, so it won’t surprise me if he blows up a quick screen during the game.

There are several offensive tackles from outside the Power Five conferences on the Senior Bowl roster, but Strange is the non-Power Five interior O-lineman to keep an eye on. He’s already battled top-notch talent, aiding the Mocs’ near-upset of Kentucky in September. Unlike last year’s buzz-making Division III lineman, Quinn Meinerz, Strange is a taller, leaner guard prospect. He’ll get leverage, though, against shorter defensive tackles and show off very good open-field mobility to earn projections as a future NFL starter.