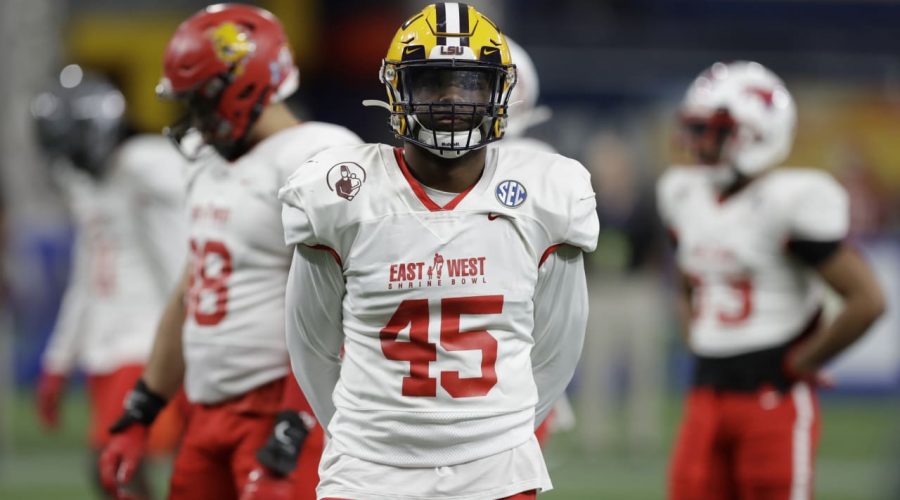 The East-West Shrine Bowl is moving from its longtime home in St. Petersburg, Fla., to Las Vegas.

The game will be played in Allegiant Stadium, home to the Las Vegas Raiders, as part of Pro Bowl week next year on Feb. 3 and will be televised in prime time on NFL Network, according to a Shrine Bowl release. The Pro Bowl will be played at the same venue three days later.

“The East-West Shrine Bowl is exemplary of the values of football, as all involved have the opportunity to inspire and encourage the children and families at Shriners Hospitals,” stated NFL Executive Vice President of Football Operations Troy Vincent in the release. “In addition to community service and engagement, student athletes get an early start on the evaluation of their skills and coaches also showcase their talent, develop professionally, and network with colleagues, which is invaluable to the future of football.”

The East-West Shrine Bowl, which supports Shriners Hospitals for Children, is the nation’s oldest college all-star game, having been played since 1925. Tom Brady, Gale Sayers, John Elway and Brett Favre are among the all-time greats who played in the game before entering the NFL.

“This is a historic day for the East-West Shrine Bowl and Shriners Hospitals for Children,” stated Bob Roller, director of national sports management for Shriners Hospitals. “Our goal was to expand the reach and mission of our healthcare system and to hold a world-class sporting event, and this partnership with the NFL and Pro Bowl Week greatly enhances our ongoing mission that has helped more than 1.5 million children since opening in 1922.”

The game had previously been held the week before the Reese’s Senior Bowl, which allowed NFL clubs to deploy scouts to both events separately. With its Feb. 3 date in 2022, however, it appears the Shrine Bowl practice week will coincide with the Senior Bowl’s practice week in Mobile, Ala., putting NFL clubs in the position of dividing their resources to evaluate players competing in the games. Though the practice weeks may coincide, the games do not — the Shrine Bowl’s Feb. 3 date is on a Thursday, while the Senior Bowl will be played on Saturday, Feb. 5.