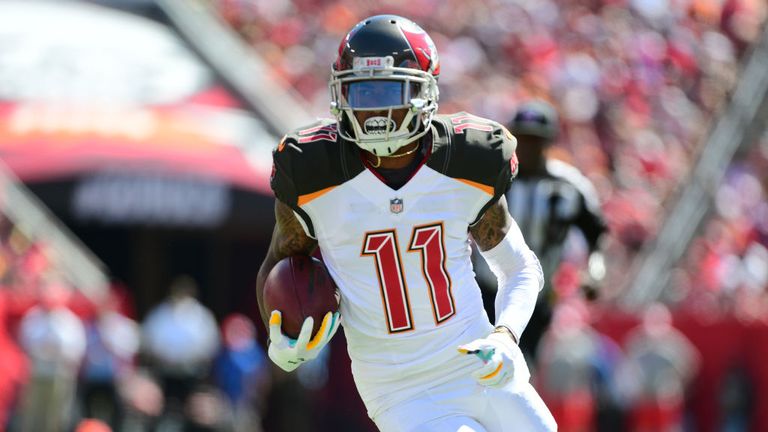 We pick out some names to pay attention to before the 2018 NFL trade deadline on Tuesday.

In the past few seasons, the floodgates have opened on trades throughout the NFL season. Over the offseason, the phone lines were busy all across the league with major moves involving Alex Smith, Brandin Cooks, Marcus Peters, Khalil Mack, and many, many more.

But will that be it for trades this season? You can bet it won’t be. We have picked out some players who could be on the move before the 8pm deadline (UK time) on Tuesday… 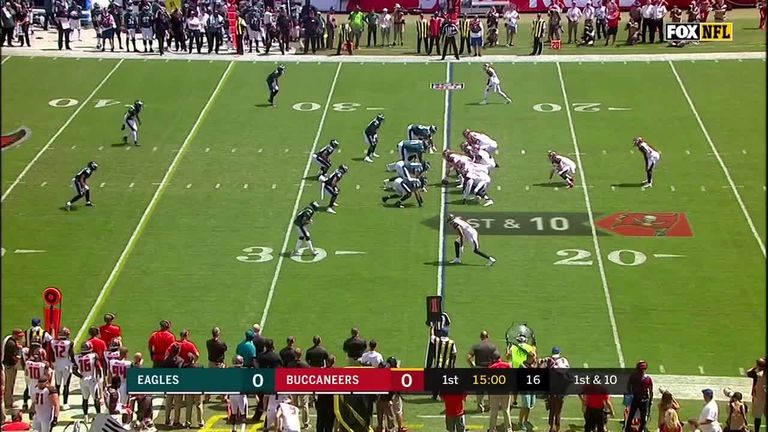 Tampa’s speedster has reportedly asked for a trade away from the Bucs and, after another defeat on Sunday – a 37-34 loss to the Bengals that sees them slip back to 3-4 on the season – the-powers-that-be in Tampa could be more open to the idea.

In a passing league with teams that crave a deep threat, Jackson could be an ideal fit. Could the Houston Texans over in the AFC South, for example, look to replace the injured Will Fuller with the man who has already scored four touchdowns of 30-plus yards this season? 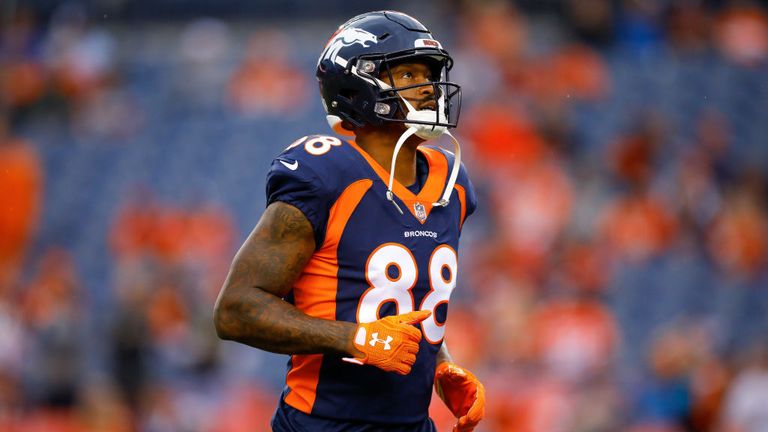 Thomas called the chance he leaves Denver “50-50” and it seems he is open to a move away from the 3-5 Broncos.

The Patriots have been touted as a potential destination, which would see him link up again with offensive coordinator Josh McDaniels, who drafted Thomas when he was the head coach in Denver.

The Patriots have already been active at wide receiver, bringing in Gordon from Cleveland, but given his track record of struggling to stay on the field due to past indiscretions, they may be looking for an insurance policy – they are also said to be interested in Detroit’s Golden Tate.

If not, New England, look out for the Tennessee Titans perhaps, who could well do with more help at receiver. Another receiver. It seems like that is where the most activity could come from on trade-deadline day.

“Teams call about a lot of people,” head coach Kyle Shanahan said after the 49ers’ loss to the Cardinals on Sunday. “I think every team around the league is doing a ton, so I know there was a report on Pierre. That is true.

“He’s one of the guys that people have asked about and we have talked about, but nothing is going down right now. We’ll see how these next two days play out with Pierre and a lot of people.”

The 11th-year veteran could plug right in for a contending team.

Giants and Raiders exodus to continue? Landon Collins, Olivier Vernon and Janoris Jenkins are the players to keep an eye on in New York. The Giants have already traded away two talented players in Eli Apple and Damon Harrison, and they could be open for more business after falling to 1-7 over the weekend.

It is a similar situation to the Raiders. There were certainly some raised eyebrows when they traded defensive-end juggernaut Khalil Mack to Chicago on the eve of the season, and wideout Amari Cooper has since followed him out of the door.

Returning head coach Jon Gruden is in the first year of a 10-year, $100m contract, so his rebuild might still only be in its infancy. Despite Oakland being a lowly 1-6 on the season and needing all the help they can get, there is also talk of them shopping quarterback Derek Carr. Patrick Peterson was heavily linked with a move away from the Cardinals to a contender but, after rumours of his discontent in Arizona, he has since come out and quashed talk of a move. It is highly unlikely, but will a team pay a king’s ransom and prise him away?

It has been reported the Bills are unlikely to move LeSean McCoy before the deadline, despite the 30-year-old struggling with a 3.9 yards-per-carry average and the team having a 2-6 record, while Le’Veon Bell remains a mystery. His contract holdout with the Steelers continues, but he is highly unlikely to be let go by Pittsburgh, even with the success of second-year runner James Conner.

Miami head coach Adam Gase said he expects receiver DeVante Parker will remain a Dolphin, despite being linked with a move away.

October 30, 2018 NFL Comments Off on 2018 NFL trade deadline: Which big-name players could be on the move?
NFL News