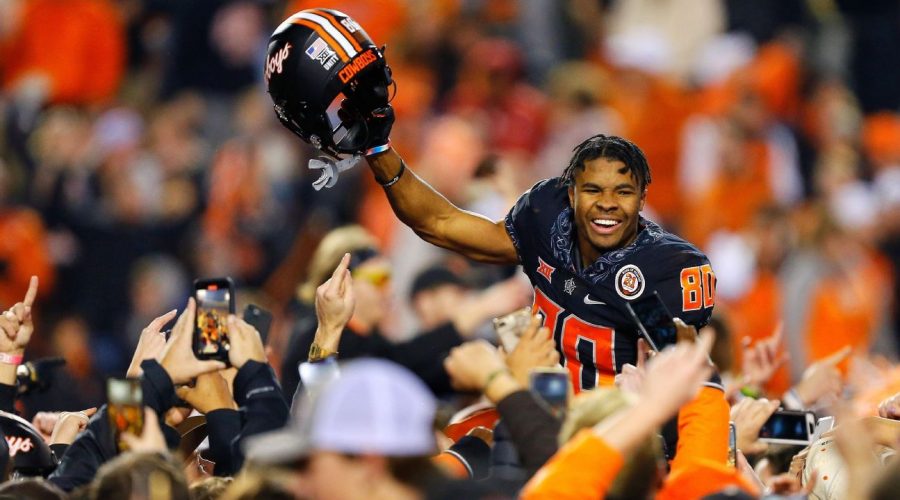 After college football’s national championship game each year, we publish my “Top 100 Games of the Season” list, a love letter of sorts to the season gone by. This isn’t that list, but it could be. After an already weird and wild season, 2021 gave us maybe the best weekend of rivalry games we’ve ever seen. From Iowa-Nebraska early on Black Friday to Bedlam late Saturday night, the weekend was a festival of breathless nonsense and high-impact oddity.

Before we set our sights on the Championship Week ahead, I wanted to commemorate this spectacular weekend by walking back through the 20 most memorable games of the week, many of which will show up on the aforementioned Top 100 Games list in a few weeks.

How wild is this 20-game list? It doesn’t even include (A) Coastal Carolina’s overtime comeback win over South Alabama, (B) UCF’s walk-off goal-line stand against USF, (C) a five-point Texas victory over Kansas State earned in part by a red zone fourth-and-1 stuff, (D) Washington State planting its flag on Washington’s field after an Apple Cup blowout or (E) the Egg Bowl, aka the paragon of Rivalry Week wackiness.

I hope you enjoyed this weekend as much as I did. (And unless you’re a fan of one of the losing teams below, you probably did.) It was something to behold.