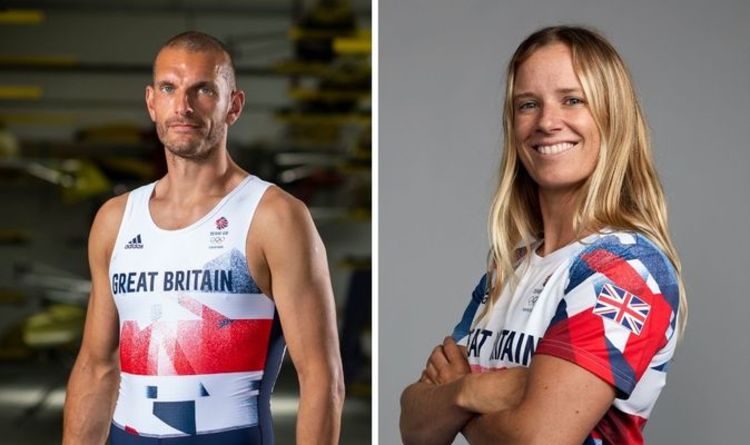 Hannah Mills and Mohamed Sbihi have been named joint flag bearers for Team GB in the Tokyo 2020 Olympics opening ceremony today. The two Olympians already have a track record of competing and winning big for Team GB, and a British Olympic Association panel selected the pair to be flag bearers after each sport put forward athletes to a shortlist.

Who is Hannah Mills?

Hannah Mills, 33, is an Olympic sailor born in Cardiff, Wales.

In 2002, Mills was voted UK Young Sailor of the Year and BBC Wales Young Sports Personality of the Year.

Mills won the Female World Sailor of the Year award in 2016.

Mills was appointed Member of the Order of the British Empire (MBE) in the 2017 New Year Honours.

Speaking about being selected as one of Team GB’s flag bearers, she said: “It’s not something I ever dreamed would be a possibility.”

She continued: “I got super emotional when I found out.

“Mark England [Team GB chef de mission] told me in front of the whole sailing team, which was a really cool moment, and then we had to rush out of the door and go sailing.

“I went and had 30 seconds on my own and it all just bubbled up as to what it meant.

“It is the greatest honour in my career.”

Who is Mohamed Sbihi?

Mohamed, or Moe Sbihi as he is more commonly known, is an English Olympic rower.

He takes part in the Coxless four and the eight and has won numerous medals throughout his illustrious career.

In the 2016 Rio Olympics, Sbihi was part of the GB coxless four, who won the gold medal, Britain’s fifth consecutive gold in the event.

He was awarded the MBE in the Queen’s 2017 New Year Honours list for services to rowing.

Upon being selected to be a flag bearer, the 33-year-old said: ”It is an iconic moment within the Olympic movement – people remember those images.”

Sbihi missed the opening ceremonies in 2016 and 2012 because of the schedule of the rowing competition.

He continued: “It will be really special and will complete my Olympic puzzle.

“I’ve won a medal, been to the closing ceremony but now to actually turn up at an opening ceremony and be at the head of the team alongside Hannah, it will be a lifetime memory that I will never forget.”

July 23, 2021 NBA Comments Off on Who is Mohamed Sbihi? Who is Hannah Mills? Team GB’s historic flag bearers
NFL News